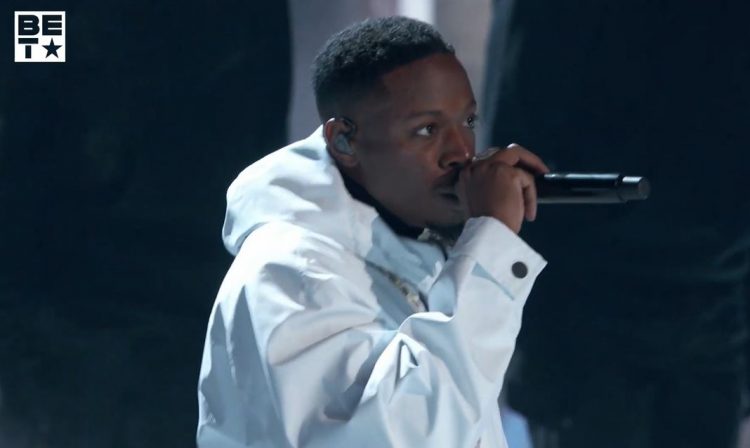 The New York rapper performed ‘Head High’ for the live audience, one of the standout songs on his latest album 2000. On the heartfelt track, Joey reflects on the value of life, after losing several people close to him, dropping names like XXXTENTACION and Capital Steez.

During the performance, he also paid homage to other people in the culture we’ve lost to senseless violence in the recent past like King Von, Young Dolph and PnB Rock. Watch it below.