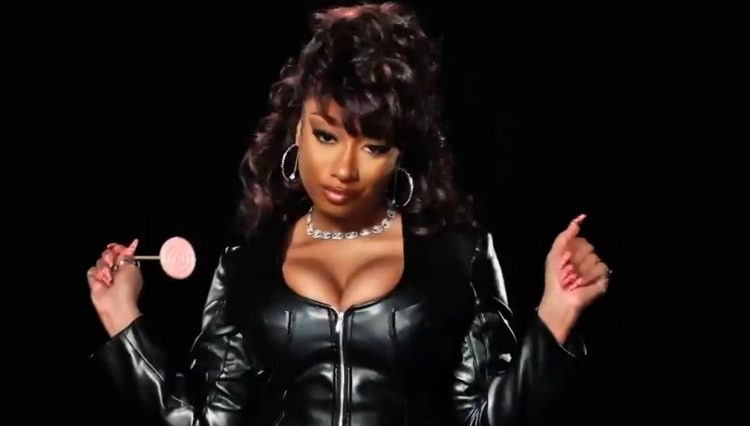 UPDATE: Megan also performed a medley of ‘Plan B’ and ‘NDA’.

Fans were expecting an entertaining show from the H town hottie and that’s exactly what she delivered on the popular  show. During the skit, she joked about an important “incident” that’s been on everybody’s mind and then brought up the infamous Popeyes hottie sauce rather than what people were expecting (Tory Lanez shooting incident).

Megan also performed ‘Anxiety’ on the stage which is one of the standout and most personal songs on her latest album Traumazine. During the performance, she nearly broke down as the lyrics about her mother approached: “If I could write a letter to Heaven / I would tell my mama that I shoulda been listenin’ / And I would tell her sorry that I really been wildin’ / And ask her to forgive me, ’cause I really been tryin'”

Watch her set below.

Fans reacted to the emotional moment on social media with care and affection.

Megan thee Stallion trying to stop herself from crying. I hope she really takes time to relax and breath after this.

Anxiety really got to Megan during that performance. I almost started crying. #SNL

In related news, Megan Thee Stallion’s Los Angeles home was burglarised on Thursday evening, as reported by TMZ. Two men gained access to the rapper’s home after breaking a back door window and went away with $300-$400K worth of jewelery and other valuables. Megan later tweeted that she would like to take a break.

Hotties im really sorry but after SNL I really gotta take a break I’m so tired, physically and emotionally