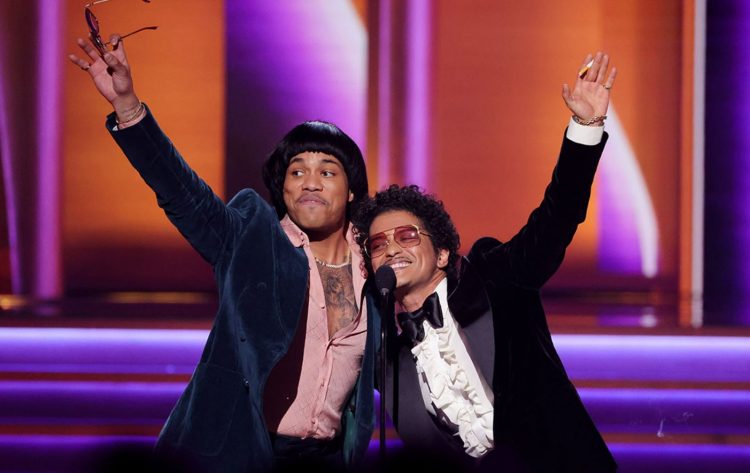 Silk Sonic has decided not to submit their platinum selling album An Evening With Silk Sonic for 2023 Grammy consideration.

Anderson .Paak and Bruno Mars swept this year’s awards, winning all four trophies they were nominated for, for their smash hit ‘Leave the Door Open’. The Grammys they won included song of the year, record of the year, best R&B song and best R&B performance (a win tied with Jazmine Sullivan’s ‘Pick Up Your Feelings’).

But in a statement released to media, Bruno Mars says they’d like to bow out of the competition for next year.

“Silk Sonic would like to gracefully, humbly and most importantly, sexually, bow out of submitting our album this year,” the singer said.

“Andy and I, and everyone that worked on this project, won the moment the world responded to ‘Leave the Door Open.’ Everything else was just icing on the cake,” Mars continues. “We thank the Grammys for allowing us to perform on their platform — not once but twice — and awarding us at last year’s ceremony. We’d be crazy to ask for anything more.”

The duo’s album was released in Nov. 2021, making it eligible for awards like album of the year at the 2023 Grammy awards.

Recording Academy CEO Harvey Mason Jr. says in his own statement, “Silk Sonic has been such a fun highlight of our last couple of shows and they deservedly had an amazing night at the 64th Grammys earlier this year. We appreciate their decision not to submit this year but look forward to celebrating an amazing year in music together.”