A Boogie Wit Da Hoodie Pushes Back ‘Me vs. Myself’ Album Release to Avoid Clashing with Drake & 21 Savage 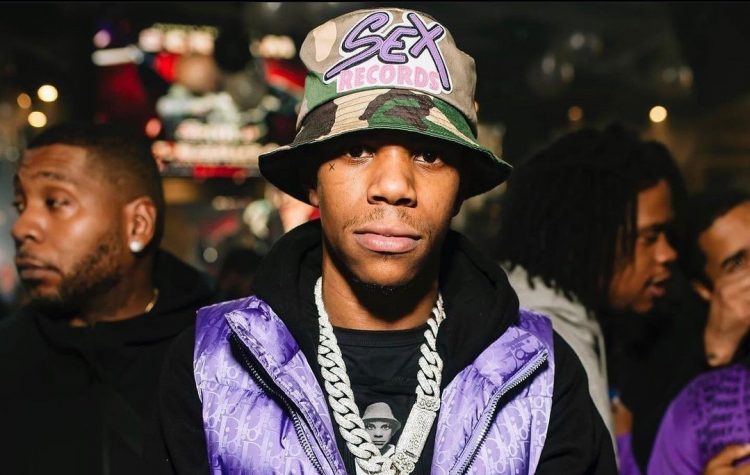 A Boogie Wit Da Hoodie has announced that he’s pushing back the release of his new album to avoid clashing with Drake & 21 Savage’s album Her Loss.

The Bronx rapper took to Instagram stories to announce that Me vs. Myself will now drop in December. “Sorry but Album dropping in December now, Drake was dropping same day and I’m not with that #HOODIESZN,” he wrote followed by a few laughing emojis. 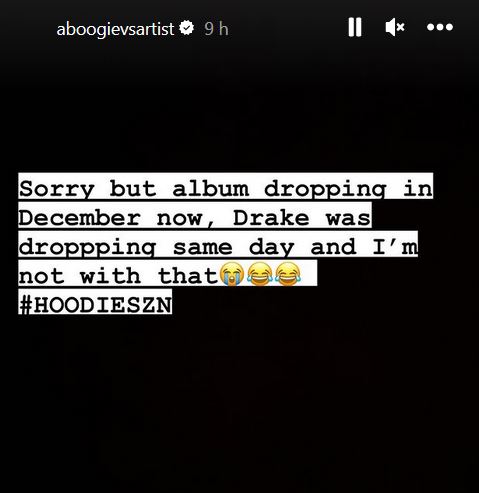 The album was originally due to release Nov. 4th but Drake recently announced that his joint LP with 21, Her Loss was pushed back to Nov. 4th as well due to 40 catching covid. Well, we definitely appreciate the honesty from A Boogie’s side here.

The rapper-singer has released two singles since announcing the album officially, ‘B.R.O.‘ with Roddy Ricch and ‘Take Shots‘ with Tory Lanez.