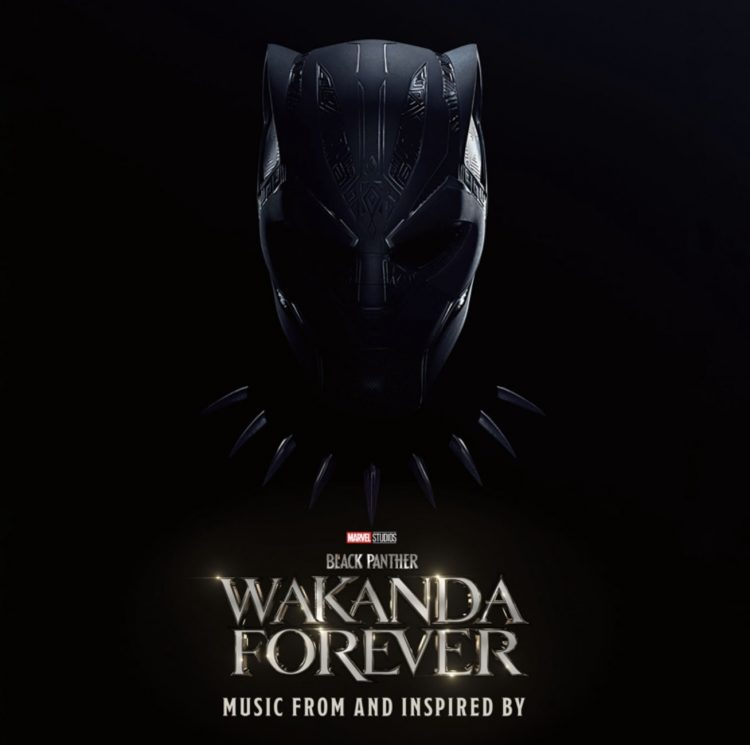 UPDATE: The soundtrack is now available to stream everywhere.

The official tracklist for the highly anticipated soundtrack to Black Panther: Wakanda Forever has been revealed today.

The soundtrack is produced by Ryan Coogler, Ludwig Göransson, Archie Davis and Dave Jordan, and will release on Nov. 4 from Roc Nation Records/Def Jam Recordings/Hollywood Records. The lead single ‘Lift Me Up‘ performed by Rihanna made history this week as it becomes the most-added song in U.S. radio history, amassing the most ever single day spins and the largest ever single day audience.

The Black Panther: Wakanda Forever — Music From and Inspired By soundtrack features over 40 artists from around the world, recorded in Lagos, Nigeria, Mexico City, London and Los Angeles. Featured artists include Rihanna, Tems, Fireboy DML, OG DAYV Ft. Future, CKay Ft. PinkPantheress, E-40 and many more. Interestingly, the other Rihanna song we heard about, ‘Born Again’ is not featured on this tracklist.

Ludwig Göransson, who has two Emmys, two Grammys and an Oscar to his credit, composed and produced both the score and the original songs on the soundtrack.

Coogler and Göransson set out to create an innovative soundscape where Göransson says, “The songs and score are one.”

Göransson said, “Ryan and I talked about the importance of creating an immersive journey of sound and voice. If we used a song in the film, we wanted it to be the entire song, and to be connected to the story. Thematically, we wanted to move the audience from grief to celebration. When you listen to the soundtrack, you can close your eyes and relive the experience of the movie. That was the intention.”

See the full tracklisting below.

01. Lift Me Up Performed by Rihanna

04. No Woman No Cry Performed by Tems

09. Coming Back For You Performed by Fireboy DML

10. They Want It, But No Performed by Tobe Nwigwe and Fat Nwigwe