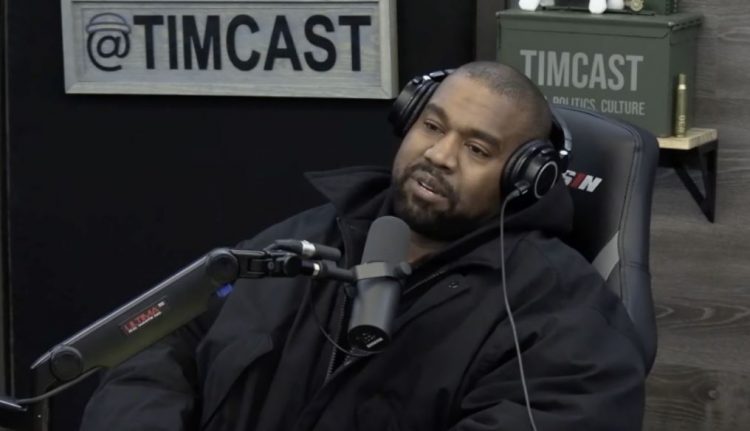 Kanye West walked out of a discussion on Monday night’s episode of podcaster Tim Pool’s show after being questioned about his antisemitic remarks.

Ye made claims concerning Jewish conspiracies early in the interview, alleging that “Jared Kushner was next to [Donald] Trump, Rahm Emmanuel was close to [Barack] Obama” and that “Jews controlled recent U.S. presidents.”

White nationalist and Holocaust denier Nick Fuentes and far-right provocateur Milo Yiannapolous both took part in the interview along with Ye. “I think they’ve been extremely unfair to you,” Pool told Ye as he was discussing recent media coverage about him. “Who is ‘they’ though?” Ye asked. “We can’t say who ‘they’ is can we?”

“Corporate press,” Pool responded. “I’m not using–I don’t use the word the way I guess you guys use it.” “It is ‘them’ though isn’t it, because when you think about it, consider it, in 2018…” Fuentes said before being cut off by Ye, who asked, “What do you mean it’s not?”

20 minutes into the show, Kanye decided to walk out of the interview. “You leaving?” Pool asked, adding, “He’s gone.”

this is how it ended after nick fuentes and ye couldn’t hold back their antisemitism for a second and forced tim to push back lightly causing kanye to leave abruptly. pic.twitter.com/0WcTfdFyXi

In the interview, Kanye said he got connected to Yiannapolous through a producer of Alex Jones of “Infowars.”

“I just want to get straight to the heart of this antisemite claim that’s happening. This is something—if you read the definition—it says you can’t claim that there’s multiple people inside of banks or in media that are all Jewish or you’re antisemitic. And that’s the truth. Like it’s the truth. What are we talking about?”

Ye also mockingly questioned whether it was antisemitic to mention Louis Farrakhan, the leader of the Nation of Islam. “Jewish people allowed Obama to meet with the minister [Farrakhan],” Kanye said, referring to their 2005 meeting.

You can watch the full interview below. In a new interview with LA Times, Pusha T said he was disappointed with Kanye’s recent remarks on the Jewish community.