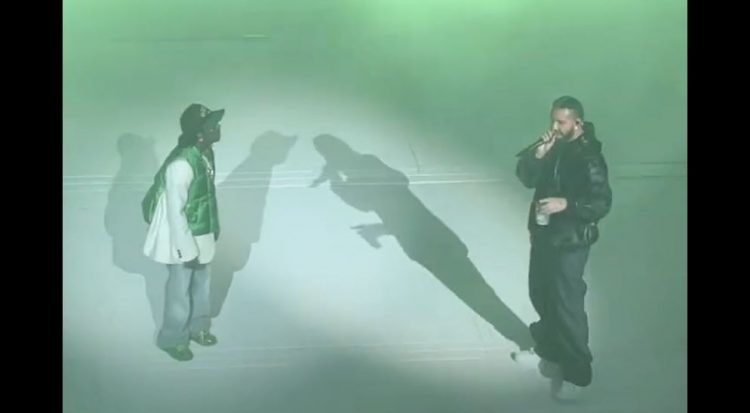 On Saturday, he performed a total of 42 tracks from his big catalog and brought out Dipset as special guests. On the second night, he performed a similar set but switched it up as far as guests were concerned. The Canadian superstar brought out Lil Uzi Vert who did his current single ‘Just Wanna Rock’ for the audience.

Drake also took a moment to give Uzi his props, calling him one of the greatest artists of his generation and thanking the Philly rapper for checking on him when the tide is low.

On night 1, Drake also teased the possibility of another new album this year. “I appreciate all of those people that stick by me.… but I deeply appreciate everybody for continuing to support us.” He said, “I’ve thought about a bunch of things in life, but at this moment in time none of those things are stopping making music for you, so I’ll be here for you for a little bit at least. And I hope I can strike up more emotions for you, maybe this year. I might get bored and make another one, who knows!” He added.