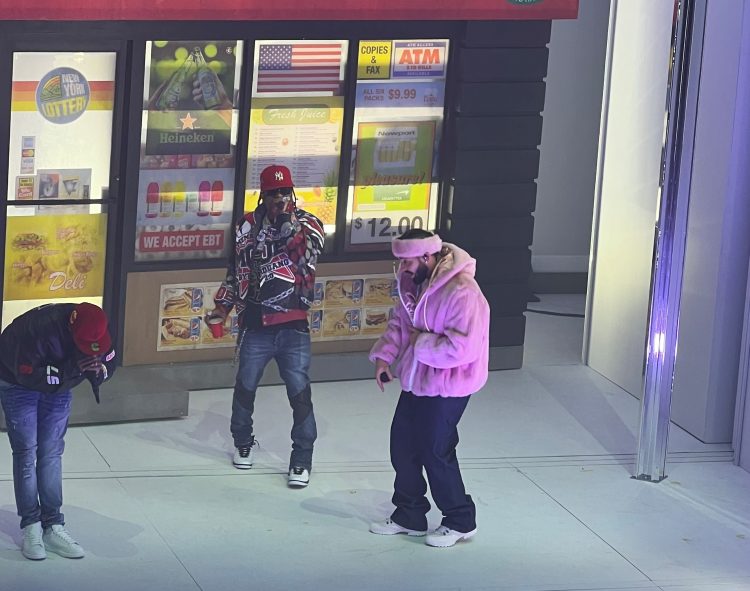 Drake finally took the stage at the Apollo Theater in New York City on Saturday night after a couple of failed attempts. The show was a part of his partnership with SiriusXM where he hosts his exclusive Sound42 channel.

The Canadian hitmaker had to postpone his show twice, first due to an injured ankle and then in the wake of Takeoff’s death but fans were glad to see the man live in the city in an intimate setting after a long time. As expected, Drizzy performed a variety of tracks across his discography for the fans including ‘Headlines’, ‘Over’, ‘God’s Plan’, ‘I’m on One’ and others.

Drizzy even brought out special guests in Dipset and 21 Savage to make the show even more exciting. Check out a clip of the Diplomats coming out in a very Harlem setting below.

Setlist of songs performed by Drake (via Uproxx):