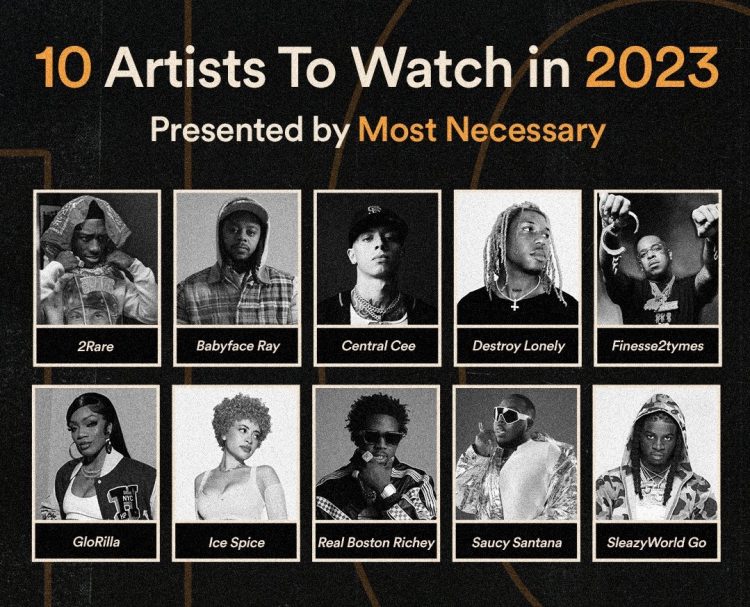 Spotify has kicked off its annual “Artist To Watch” campaign where they list the acts they think will do major damage in the new year.

The streaming service uses its various popular and influential playlists to highlight and amplify rising artists, revealing the predictions in regards to the artists they think will shine in 2023. The first genre to be highlighted is Hip-Hop through their Most Necessary playlist.

Some of the key artists featured in the campaign are ‘Munch (Feelin U)’ hitmaker Ice Spice, ‘FNF (Let’s Go)’ rapper GloRilla, UK emcee Central Cee, Mempis’ Finesse2tymes and more. Spotify doesn’t reveal how they come up with the names but our best guess is it’s a combination of numbers they see on the platform and their editorial team’s preferences.

Take a look at the full list below along with their key highlight as per Spotify.