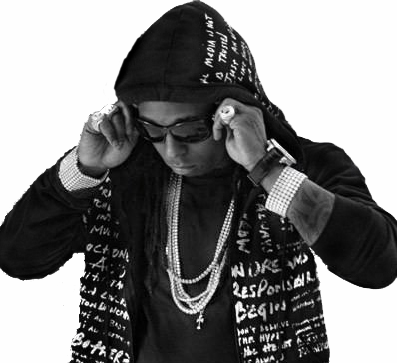 Yo! Raps reached out to some DJs to get a statement about the situation and what they think about Weezy suing all DJs that unofficially dropped Lil Wayne mixtapes.

“Personally I feel sad that Lil Wayne would be suing the DJs. We are simply the people that helps break your music when radio won’t play the records that built the hype and energy to get you to the level you are at. I think you can’t really do anything to Wayne because he is established and the fans are too much into him to not buy his music. I feel hit him when it hurts and don’t support his new Young Money artists that are coming out.”

“I’m not surprised at all that Cash Money Records is suing BCD Music Group for distributing Lil Wayne mixtapes. What surprises me is the fact that DJ Drama and his company are the main defendants named in the lawsuit. Especially after Drama was instrumental in helping Lil Wayne clear his name and gain some credibility back amongst the DJ community after his first act of disrespect towards mixtape DJs. There’s nothing confusing or vague about this lawsuit though. The court papers are clear. I bet Lil Wayne is going to be on Drama’s radio show soon saying ‘I didn’t mean to sue Drama. I meant to sue some other niggas’.”

“I think it’s fucking nuts suing DJs because DJs made Wayne hot! All they did was to do their job and the mixtapes were only for promotional use. DJs made Wayne hot on the streets! All that damn syrup is going to Wayne’s fucking head and that’s why he is doing Rock music.”

“This is a sad day for mixtape DJs. But we all knew this day was coming. I have been involved with mixtapes since they were actually ‘cassette tapes.’ I’ve dropped close to 200 mixes, and can personally speak on being charged after having my record store raided for mix CDs. The problem exists when we as DJs compete on the same level of that of major labels, meaning if we get bar codes and sound scan, it’s a problem. As long as we pop the trunk and sell hand to hand it’s good but as soon as a classic like DJ Drama’s Trap Or Die or Dedication sits on the shelf next to a project the label is taking losses on and out sells it, it’s a problem!”