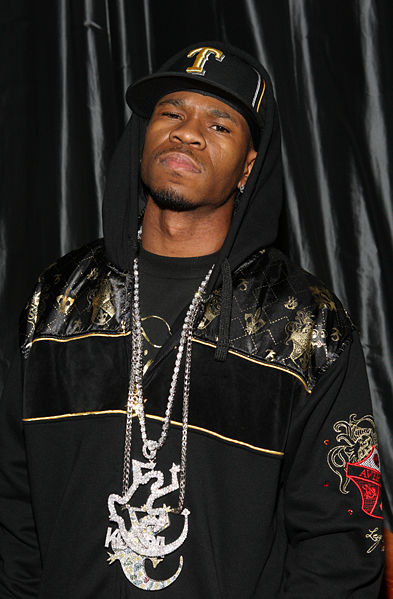 I was supposed to post this almost 3 hours back but had some internet issues.

So, as you know, Chamillionaire was on his site last night doing a live stream to let everybody know what’s up with him.

I’m gonna give you the whole lowdown of what all he said and the news he had for his fans. I got the whole audio recoding of the stream (shouts to Vee!) so you can check that out as well.

Here are the highlights. First up, he says he’s not doing it for hype and it’s not a gimmick or a publicity stunt.

Hit the jump for the good news!

The best news – HE’S NOT RETIRING.

After the live stream, he had this to say on his MySpace blog –

A moment of clarity……

Let me say these things real briefly so this doesn’t turn into something that I don’t want it to be and so I don’t have people thinking this some kinda stunt….( I don’t get why some people would actually not believe me saying something like this anyways… )

Do rappers do so many publicity stunts that you can’t tell what’s real and what’s fake?
Well I like to tell people what I really feel and its hard for me to keep it back. People can read my facial expressions well when it comes to what im passionate about.

I don’t think I said anything about retiring. I tried to make sure I didn’t use that word. You shouldn’t either regardless of how it looks.

Fact. Mo More underground mixtapes after part 7. No jacking beats and putting out full cds. That Formula is old. To me. I have done it 100 million times and its just doesn’t inspire me anymore. Sorry if it makes you feel a certain way. There are plenty other artists out there doing it that you can choose from.

Fact. Venom isn’t gonna drop. Its not coming out. Im not dropped. Not depressed. Im not sad. Just telling you what Im thinking and what Im gonna do. No press release about it. No label rep saying it. Straight from the bosses mouth. You want me to “keep it real” right? The label seems very excited about releasing new product and thats a good thing right? There are a lot of people involved in the process now and what I think is dope is just becoming a different kind of dope. Fast forward. Scratch Venom. Im not gonna call it something else and still release it either. Whoever edits all that wikipedia info mentioned people I worked with in the past year but a lot of that stuff that was never planned for the cd anyways. Cant miss something you never had. The Past dope concepts will go into my vault. Key locked thrown away. Except for a couple of these that could fit anywhere .The music should fit together and not sound like its all over the place. You agree? Good.

Anyways … someone that will probably read this always says to me that BARRY GORDY with the old MOTOWN RECORDS used to say this about music. K.I.S.S. “KEEP IT SIMPLE STUPID” … I guess meaning that simple music isn’t stupid but the person that doesn’t wanna do it is…. (Yea I thought the same thing you are probably thinking about that quote.) I won’t elaborate further on that but “at least David had a rock when he was fighting Goliath”……I got my hands tied and ain’t a rock in sight.

This may seem off topic but….

FYI. I didn’t pick hip hop police as a single just played cool in the public so I wouldn’t sound like a disgruntled artist on a major. I liked it because of the creativity and because of the ruler but just not for a single. Hands went up in the room and I lost. Funny because thats what happened when me and paul were in a group but the results were in my favor and IN LOVE WITH MY MONEY WAS BORN. Any past record you may have questioned…I questioned also…. and any past record you thought was dope…I “knew” was dope….I still think Im good at knowing what sounds good even though im always at constant battle to prove that. About my past single choices- I could break down who did what but I wont. Who cares. I have always let people put the blame on me. ” Im the one who recorded the songs right?” No problem. I can deal with it.

There are too many different worlds that I fit into and that would make a person think that I don’t know which one Im supposed to be in. I know exactly who I am as an artist but its like the story is getting told for me in too many different ways. Now im erasing all of those lines and making one. If this explanation still doesn’t make sense then maybe I can find a crayon and paint the picture clearer later. Thats the goal.

He also has something more to say which he will let go on the 12th of June. A big thank you to our regular visitor chamillitaryfan for part of the input.