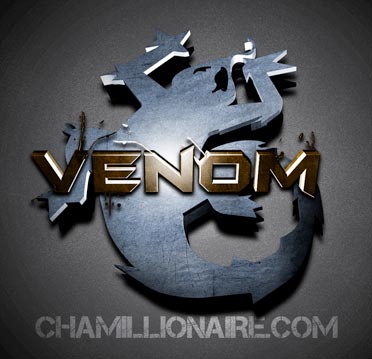 Chamillionaire already announced this a few days back on his website but those who are not regulars there, this press release is for you.

But before we break into it, I have some good news for Cham fans. His single ‘Good Morning‘ has been released to radio and is already the 3rd most added song on Rhythmic for this week. Expect it to do good coz it’s damn catchy.

(Houston, TX – Friday, October 1, 2009) – Few artists have embraced the monster that is the internet and its abundance of social networking tools quite as comprehensively as Platinum, Grammy-winning rap artist, Chamillionaire; using it to engage with fans for everything from Twitter takeovers to live broadcasts from his own highly trafficked site, Chamillionaire.com. Last week saw him go out to his legions of fans visiting the site daily and asking for their input in renaming his upcoming Chamillitary/Universal Republic third album release, which had originally been titled “Venom”; a name Chamillionaire felt he should change as the growth and direction of the album’s intended tracks, to him, no longer fit the moniker. Thousands submitted title suggestions and after narrowing it down, Chamillionaire put his top ten picks up for a vote on his site. To his surprise, his original album title “Venom” won by an overwhelming margin and, a man of his word, the newly-entitled, highly anticipated “Venom” is set to hit stores nationwide December 8, 2009.

“I wanna show all of my haters love. This song’s for you…,” Chamillionaire sings melodically on the intro to Venom’s lead single, “Good Morning”. Produced by DJ Frank E., with a track inspired by Tom Petty’s 1989 smash, “Free Fallin’ “, this ode to killing your naysayers with kindness feels as comfortable as an old friend and fits seamlessly into any Top 40 radio playlist. In fact, the single has already found a home on many Top 40 stations since being serviced earlier this month.

As far as other possible singles or artist features on “Venom” go, Chamillionaire is keeping that information pretty close to the vest, saying cryptically on his site’s blog, “Venom stands for ‘visually entertaining negatives of money’. I plan to shoot visuals to accompany the leakage of multiple records. I won’t be talking too much about features and producers. Well, at least I will try not to. The visuals should do the talking.”

Plans for the first of these visuals, the music video for “Good Morning” are already in the works with a shoot expected in Los Angeles in the next couple of weeks.