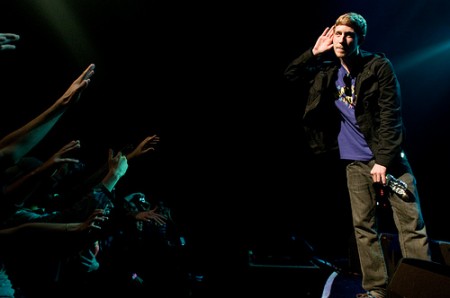 Responding to the stories on the internet, Asher Roth’s label’s Vice President has issued this statement to clear the rumors:

As Executive Vice President of Loud.com / SRC Records, I would like to address the recent internet rumors about Asher Roth:

Asher Roth is not gay, and is not scheduled to be interviewed on the E! Channel. Furthermore, Asher has not been dropped from SRC Records, and is a top priority at the label after having sold over a million copies his “I Love College” single. Asher is currently working on his next album for SRC.