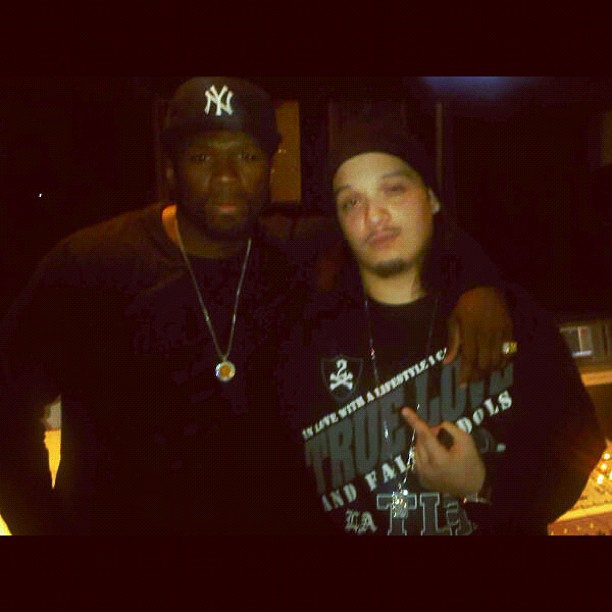 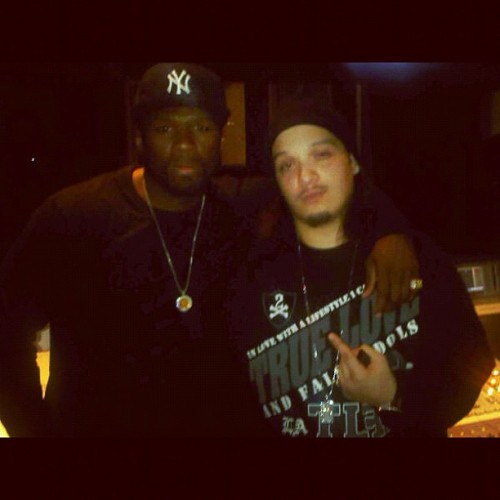 Producer and occasional rapper Scoop DeVille has one hell of a discography. Although his last big “hit” came in the form of Snoop Dogg’s ‘I Wanna Rock‘, his other collaborations such as Tony Yayo’s ‘Haters‘, Fat Joe & Young Jeezy’s ‘Ha Ha (Slow Down)’ and numerous other beats for Game, Fat Joe & Fort Minor definitely can not be ignored.

His most recent production, 50 Cent’s ‘Wait Until Tonight‘ has gained a lot of praise from all quarters. We sat down with him to talk about that song’s creative process, his future projects, new Fort Minor album, his top 3 producers and more.

HHNM: First off, thanks for taking out the time to speak with us. And secondly, congratulations on 50 Cent’s ‘Wait Until Tonight’. It’s another smash to your credit.

Scoop DeVille: Appreciate that sir. Definitely a great credit to have under the belt. Blessed.

HHNM: Let me start this interview by asking you how this beat came about. A lot of fans are interested to know. Tell us the creative process behind the making of it.

Scoop DeVille: Honesty, I created the idea when I was 17. I always liked that song (Bobby Womack ‘If You Think You’re Lonely Now’) growing up. It was always in the household and car rides with the fam. I went back to the idea recently and sure enough 50 was feeling the record. It’s truly impressive to me how something I been keeping in the beat vault is finally being heard in today’s music. I guess that’s staying ahead of time. Or having timeless pieces of art.

HHNM: Great. Since he has another mixtape coming out followed by the album, can we look forward to more work with him in the future? We heard 50 saying “Scoop got some heat” in an interview with DJ Whoo Kid last week on Shade 45.

Scoop DeVille: Yeah, absolutely! There’s a few records starting to surface and I always stay working so as long as they need records I’ll keep supplying.

HHNM: ‘Haters’ by Tony Yayo is another one of my favorite beats that you did this year but I feel it failed to meet its true potential. Why do you think that happened?

Scoop DeVille: That was definitely one of my favorites as well. Unfortunately, it didn’t take off the way I wanted but then again we weren’t trying to make a crazy #1 record. It’s a fun record for what it is and it got great exposure without radio or spending money on promo. Great record to have production wise. Hopefully, it will come back in the long run.

HHNM: Definitely. I notice that you are also associated with Styles Of Beyond and Mike Shinoda’s side project Fort Minor. The big question is why we haven’t seen another Fort Minor album since 2005. The Rising Tied was a classic.

Scoop DeVille: (Laughs) I feel the music will speak for itself. Always been a fan of all of them. Not only work wise. So I would love to see a new Fort Minor Project. Good music, good people.

HHNM: What’s the latest on Get Busy Committee? Are you guys working on a new album?

Scoop DeVille: New album will be out early this year. Would have been sooner but being independent in this time is hard. We actually put out our first album with our own money and studio. So this project we want to at least be equivalent or better than Uzi Does It.

HHNM: Nice. Tell us about your other upcoming projects. Who are some of the artists you are collaborating with in 2012?

Scoop DeVille: There’s tons of artists I’m collaborating with. Also working on putting out my remix compilation called SCOOPALOOPS as well as a new group that I’m working with called “Watercolor Werewolves” or “WW” for short. That project will showcase a different way of creating music. Not just Hip Hop but almost on some world music that everyone can relate to. And that helps me stay creative in my true artist form.

HHNM: Name your top 3 producers of all time.

HHNM: Interesting. One last question and this is something we ask everybody here at Hip Hop N More: Prince or Michael Jackson and why?

Scoop DeVille: This is easy to answer. These are two separate artists. Prince is not only a singer, he is a writer, composer and much more. And Michael was an extremely good vocalist, dancer and entertainer. They are both great in different ways. And I’m a fan of both. They should have collaborated back then.

HHNM: That’s certainly true. Thanks a lot for sitting with us today for this short but sweet conversation. Any last words?

Scoop DeVille: Thanks Navjosh and everybody at Hip Hop N More for the support. Salute!