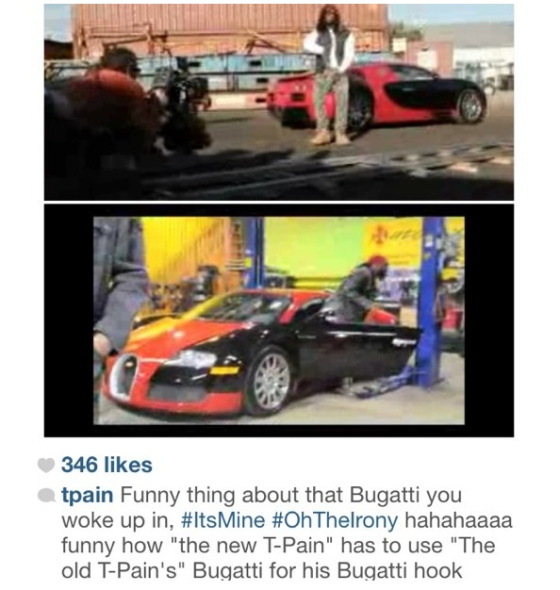 T-Pain recently created a stir when he took some shots at Future on his Instagram over the use of Bugatti in Ace Hood’s latest video and of course the use of the auto-tune, hinting at swagger jacking. Many took it as a diss but T-Pain called in to Hartford’s Hot 93.7 to discuss the comments and what he really feels about Future.

“I don’t think Future gets the technology… I don’t think he understands how it actually works. He’s writing great songs– he’s a great writer– as far as how he uses Auto-Tune… I think he’s thinking you just turn it on, and it happens.”

“A lot of people don’t sing with it, they just sing and put it on after, which is a terrible mistake. There’s a lot of stuff you’ve gotta know about Auto-Tune before you can start using it, because it’s the hot thing to do. But Future’s still great, he’s doing his thing.”

Pain also talks about his next album, the title of which is Stoicville: The Phoenix. Listen to the first single ‘Come & Get It’ featuring Ace Hood and Busta Rhymes here.