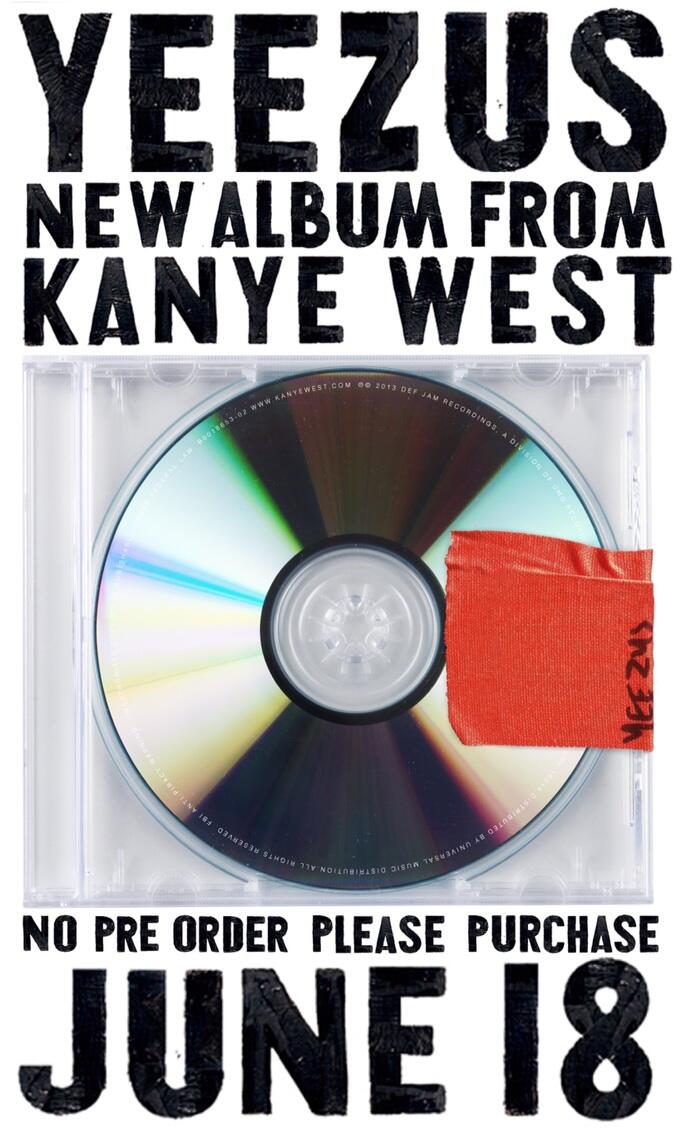 This is interesting and very Kanye like. But according to A.P.C. founder and Kanye West’s friend Jean Touitou, his new album Yeezus is expected to skip pre orders completely and go straight for purchase, somewhat similar to the strategy they adopted with Watch the Throne. That also explains iTunes taking down the pre-order link which only went up for a day or so.

Back in December, Jean had tweeted a photo of him working with Kanye on something which could actually be planning the artwork and presentation for the new album Yeezus. The flyer that Jean has tweeted also gives us a closer look at the CD packagaing which looks like a case with no booklet and just a red duct tape having the title written on it.