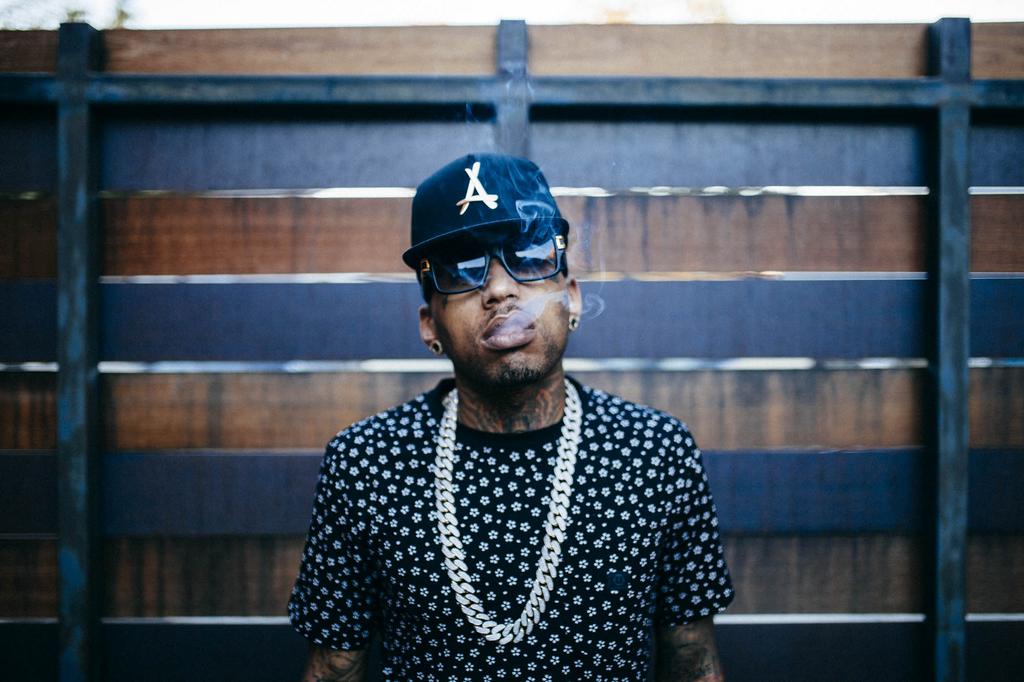 Kid Ink is flying high on the success of his two singles — ‘Show Me’ and ‘Main Chick’ which appear on his much acclaimed major label debut album My Own Lane. The L.A. rapper started off as an indie artist, creating a major following in the underground scene. He then graduated to a major label situation by signing with RCA last January.

While in L.A. and about to fly to Montreal to perform at the Osheaga music festival, he hopped on the phone with us for a quick chat about his success, his upcoming plans and more.

First off, congrats on the success of ‘Main Chick’ which I see is now #2 on Rhythmic radio. Another huge single for you. And it’s the Chris Brown and DJ Mustard combination that’s done the trick for you again.

Yeah man, thanks. It’s doing very well and hopefully will continue to do so in the coming weeks and months. We about to go Gold.

A lot of people doubted you but you’ve proved you’re no one hit wonder. Does criticism effect you?

I take it as a motivation and not let it effect me in a negative way. To get two huge singles from the same album definitely helps silence the haters.

Are you excited about playing the Osheaga festival in Montreal?

Yeah man, very. It’s a huge deal out there.

What are your plans now? Are you working on a new album?

Not exactly but I’m always thinking of ideas and sounds. I haven’t set a date or anything. I am waiting on something new and dope to inspire me so I can go into the next round. It will be soon hopefully.

What other collaborations can we look forward to?

I’m always working and looking to branch out a lil bit. We have the Steve Aoki joint out right now (‘Delirious‘) which is doing pretty well. We also just dropped the remix to MAGIC!’s ‘Rude’ record. I have some other stuff in the pipeline which is coming out real soon which wil hold the fans down till the release of my next album.

You were very successful as an indie artist, but was it always your goal to get a major deal from a label like RCA?

Yeah, it kinda was. I always wanted to be big and work on that major label scale. They offered me a good deal and thought it would be the best for me to jump on it so I grabbed the opportunity.

Do you intend to venture out into movies or TV?

You know, I believe when everyone starts believing in me as an artist and they don’t second guess that first, I believe I will venture out into other stuff. I feel like I still have so much to prove in the field I’m in right now. When the time is right, I’m going to do it.