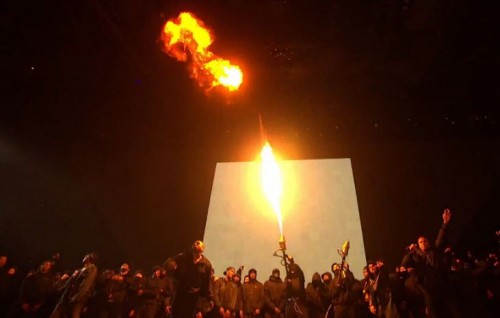 UPDATE 2: This has now been made the first official video. Could another one be coming soon?

“I felt the Brits performance captured the energy of the record. I decided to make it the first official video featuring Theophilus Allan Kingdom and Paul McCartney.” – Kanye.

UPDATE: Kanye has released the official and explicit version of the performance.

Kanye West touched the stage in London at the BRIT Awards just moments ago and took the opportunity to perform not ‘Only One’, not ‘Wolves’ but his new song ‘All Day’ which we reported was being perfected just a few weeks ago.

The song is produced by Velous (peep our exclusive interview with him here) and Ye was also joined by Allan Kingdom. Check out the performance and stream the song’s audio below.