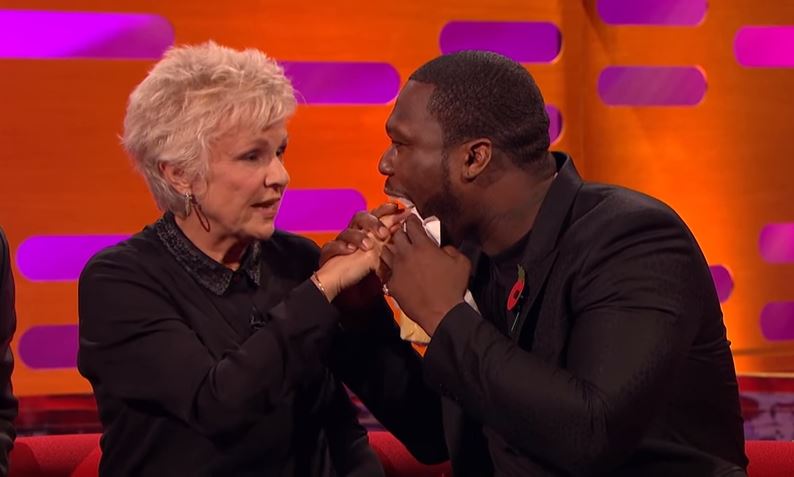 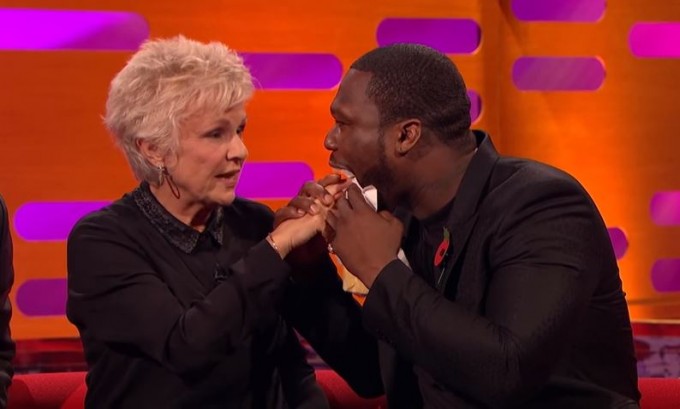 No, he didn’t offer it himself.

While in the UK, 50 Cent stopped by British comedy chat show The Graham Norton Show where he was asked about his ‘9 Shots‘ single and the significance of the metaphors. As 50 mentioned that he was also shot in his tongue with fragment from a bullet still lodged in his tongue, actress Julie Walters asked if she could feel it herself. 50 agreed but asked for protection first. Ha. Watch it below.