Frank Ocean has been one of the most mysterious artists in the mainstream ever since he made his entry around 2011. He released his debut album channel ORANGE in July 2012 and apart from a guest appearance here or there, he’s been very quiet — and hard to track even for internet nerds and paparazzi.

The talented singer-songwriter first hinted at a new album in April, 2015 but then again disappeared only to surface again digitally via his website with a library card of sorts, pointing to the LP’s release before end of July.

We’re in August now and the live stream on his website earlier this month through Apple Music had been some hope for many fans, although all Frank was doing was some woodwork for we don’t know what. The singer took a break for a few days but re-surfaced on the stream tonight leading to excitement again for the fans.

After rumors of something new dropping later today today surfaced in the morning, we finally have something concrete tonight — Endless, a 45 minute visual album containing new music and footage from the recent live stream on his website boysdontcry.co.

Interestingly, the label on the page says “Fresh Produce, LP’ with so signs of Def Jam Records.

UPDATE: Rollingstone has confirmed with Apple that Boys Don’t Cry is a different album that will release this weekend.

Here is the track list with credits for the album: 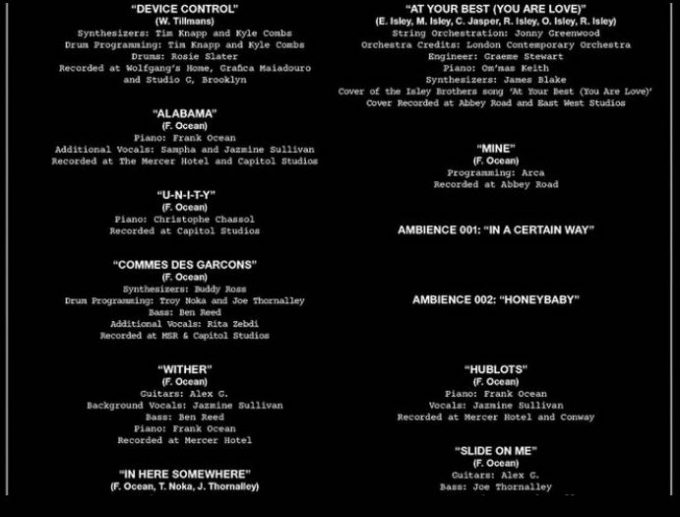 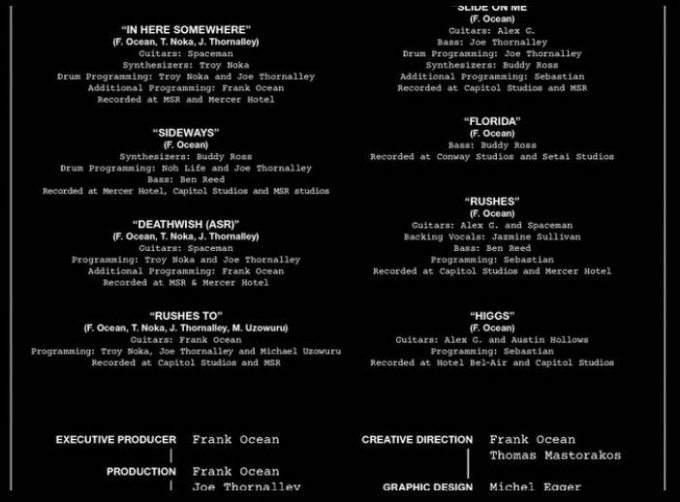