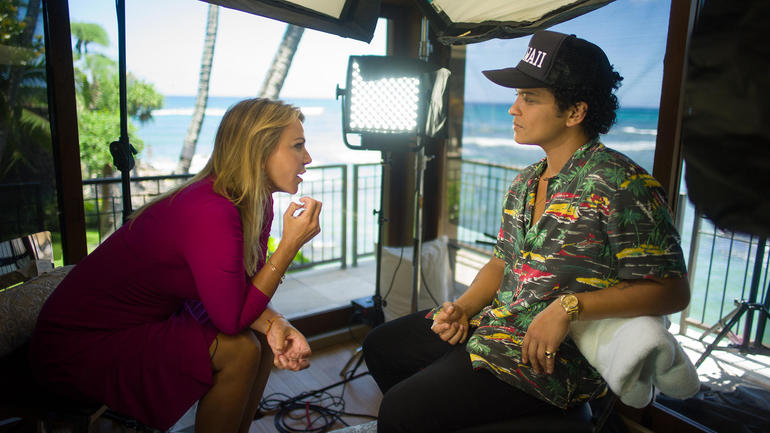 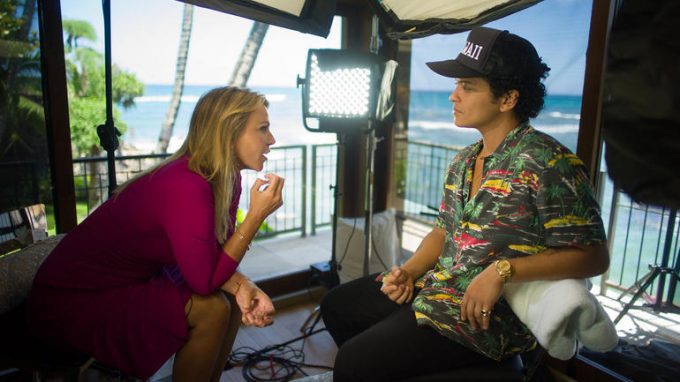 Fresh off his performance at tonight’s American Music Awards, Bruno Mars is now being profiled in CBS’ popular 60 Minutes Show.

During the show, Bruno spoke on his upbringing in Hawaii and also showed them his studio in Burbank, California, where he writes, produces, plays instruments and more. Mars has a collection of instruments that he has played on his albums so far, including keyboards, drums, and guitars. “I scrap a lot making every single song,” he says. 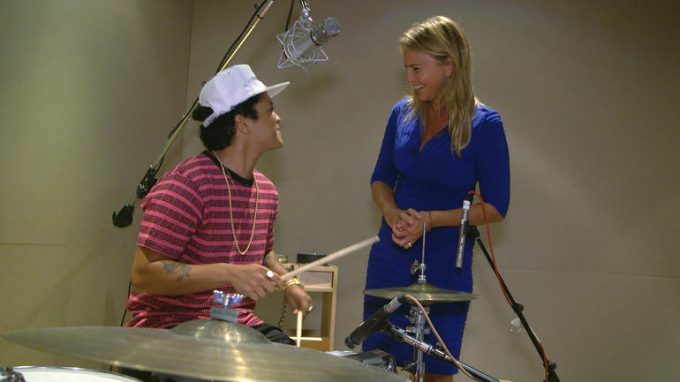 Bruno revealed that his biggest hit ‘Uptown Funk’ took almost a year to write before he got to a place where he thought he was comfortable. Watch him bare his all in the interview below or on this link.