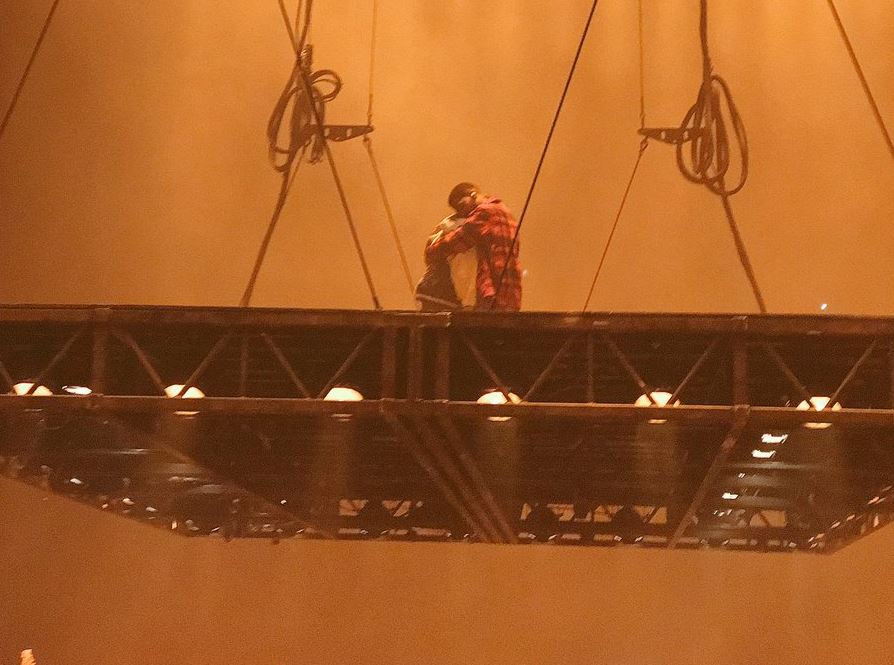 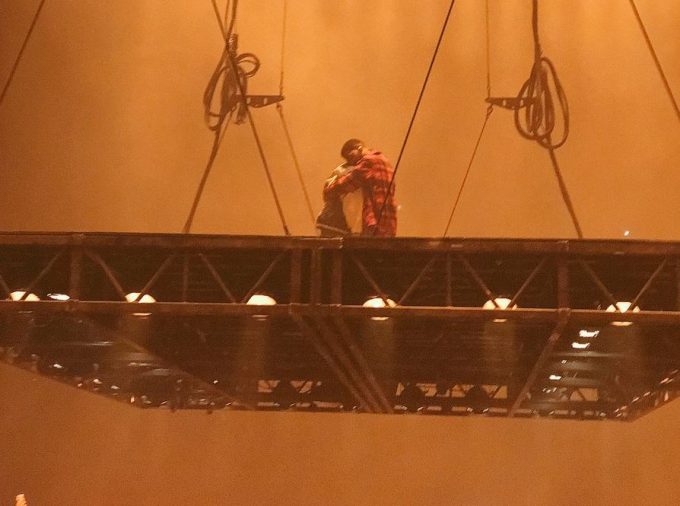 Kanye West is definitely in a different mood these days. Two nights ago in San Jose, California, Kanye surprised everyone by announcing that he didn’t vote this year in the Presidential elections but if he had voted, Donald Trump would have been his choice. It led to a lot of backlash on social media, as expected.

Tonight at his show in Sacramento, he took his rant to the extreme levels. The rapper first arrived almost 90 minutes late to the show and just performed a song and a half before he went on a nearly 20 minutes long rant. Before that, he brought out his first surprise guest of the tour — Kid Cudi, and shared a brotherly love moment with him on the floating stage. It was a big deal since the two got involved in a beef recently but squashed it quickly after he called Cudder the most influential artist of the past 10 years.

During his “stream of consciousness” as he says, Kanye took shots at a lot of his friends. He first sent a few “F*ck Yous” to radio stations across the country, saying they were behind time and being paid to play the same songs over and over again. Then he took shots at Drake and DJ Khaled, saying that although they were his good friends, they had “set up” their song ‘For Free’ in a manner where the radio would play it innumerable times.

"Radio, I done talked to you a bunch of muthafuckin times. Ya'll are behind. The st Pablo tour is more relevant than radio"

Another surprise shot came at Beyonce. After dissing MTV, Kanye revealed that Beyonce had refused to perform at the VMAs this year unless she won the “video of the year” award where she was competing against Kanye West (‘Famous’). ‘Ye said it left him very disappointed.

Then came Jay Z’s name where he ‘Ye began to shout; “Jay Z, call me bruh, you STILL ain’t called me. Talk to me like a man,” much to the surprise of the concertgoers and somewhat confirming that things aren’t that cool between the two at the moment. Kanye also mentioned Donald Trump and Hillary Clinton a few times, and expressed his frustration with Mark Zuckerberg not helping his Donda company. Right after the rant ended, he dropped the microphone and exited the stage.

Kanye's Sacramento show started 90 minutes late, then lasted three songs and a rant before he ran off stage. Crowd chants "F— you, Kanye!"