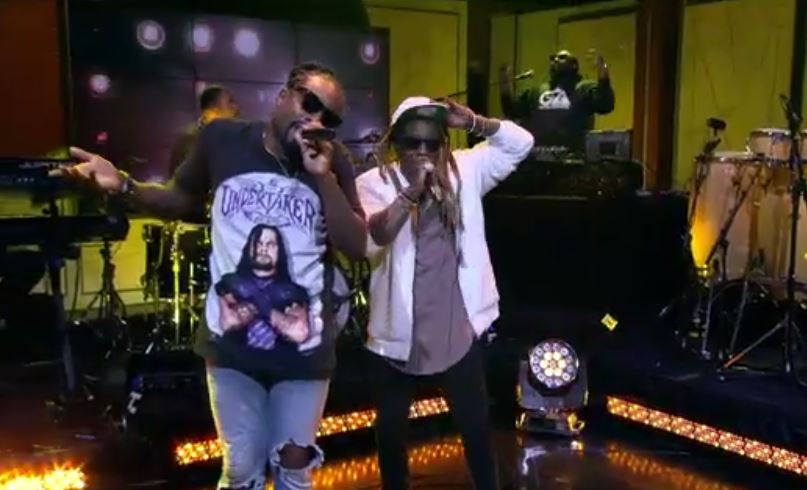 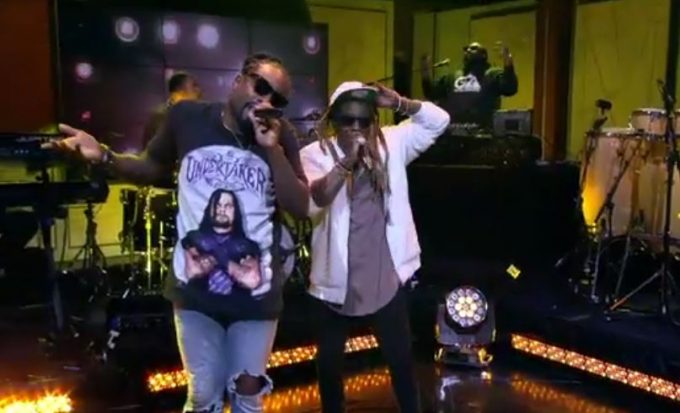 Fans have been eagerly waiting to hear Wale and Lil Wayne’s collaboration ‘Running Back’. The duo shot the music video for the song last month, which is supposed to be next official single from Wale’s forthcoming album Shine.

The two paid a visit to ESPN First Take show today and performed the new song for the very first time, assisted by a live band. It definitely sounds quite jazzy and unlike a typical rap song you’d expect from these two.

Get a taste of the new track below before it arrives officially later this month and listen to the just released song from Wale called ‘Shine’ on this link.