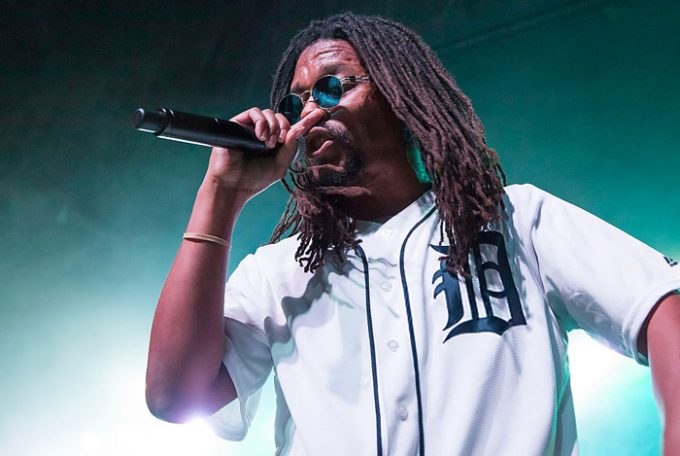 Now this is something we haven’t seen in a long time, maybe ever since the whole Prince-Warner Bros. “slave” saga of early 90s.

Lupe Fiasco performed a show recently in Seattle, Washington where he took a break from his set to talk about his most recent album DROGAS Light and the next one DROGAS Wave. Light received a mixed response from critics and turns out, Lupe intentionally made a sub standard album to sh*t on his former label Atlantic Records. We all thought that he was done with the major label after Tetsuo & Youth in 2015 and DROGAS Light was an indie album (there was no sign of Atlantic on any store, streaming service or press release) but according to Lupe himself, he had one more album to deliver under his original recording contact.

“DROGAS Light was a compilation of old a*s songs we just had laying around,” Lupe told the crowd. He admitted that he took the L.

Around Lasers, I knew there was going to be some bullsh*t. So, I was like, you know what? I will never, ever, ever, as long as I’m on this label, give this label my heart. What I truly believe and what I really feel. Cause I feel like when you work for somebody, they have to show you some love back; show that they deserve your worth. So, since Lasers, I’ve never really put my all into a project because I feel like Atlantic doesn’t deserve it. So I took an L.

As DJ Booth points out, Lupe continued by promising that his next album DROGAS Wave is his best to date and fans will not be disappointed. If Tetsuo & Youth and DROGAS Light were intentionally made below par, imagine the capability the Chicago emcee has to put out a great project. Let’s hope that happens with DROGAS Wave.

UPDATE: Lupe has replied to our story.

Not true. I just haven't put my full creative heart into anything connected 2 Atlantic since they fucked me after The Cool. I been saving up https://t.co/48Wa9sCLoS