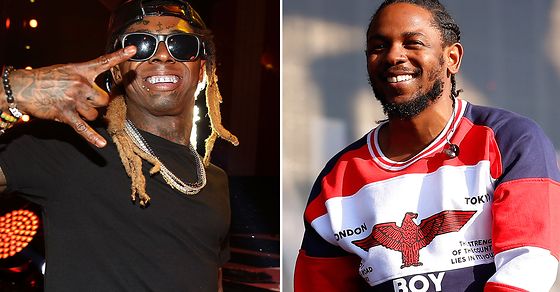 Martin Shkreli is not fooling around when it comes to Lil Wayne’s much awaited album Tha Carter V. Back in December, the controversial pharmaceutical executive claimed that he had successfully acquired the Weezy album but we did not hear any reaction from the Young Money rapper.

Today, Shkreli went ahead and previewed a new song from the album on live stream, titled ‘Mona Lisa’ which features the one and only Kendrick Lamar. The audio is quite distorted as he played it on his laptop speakers but one can make out both rappers’ voices quite well. “That’s the best song of the damn thing, man,” says Shkreli before pressing play on it and another one called ‘The Life of Carter’.

The release of Tha Carter V has become almost mythical at this point. Last week, Wayne told the crowd in Dallas during a concert that the album is coming “soon”, while hinting at a deal with Roc Nation. Let’s see what happens.