50 Cent is very excited about his upcoming late night variety show 50 Central on BET. It was announced earlier this month that it will premiere on September 27 and that the network has already acquired 24 episodes of half an hour-long each. It will feature live performances, sketch comedy, music video premieres and much more.

The exact role that 50 has got at BET is not 100% clear but looks like he’s in a position to have a lot of say in the programming. The G-Unit boss, who is coming off a very successful show Power on Starz, had revealed last week that he was “getting rid” of a couple of shows on the network and shaking a few things up. And it looks Irv Gotti’s show TALES is one of the first ones which will get the axe.

Catch my New Show 50Central on BET 9/27 we Lit 🔥. I'm taking over BET I'm getting rid of a few shows, and bringing some heat. #50Centralbet

In a now deleted comment on his Intagram post, 50 mentioned that he will get the Murder Inc leader’s show TALES dropped from the network since the ratings were low. “It’s not personal, it’s just business. I have to do what’s best for the network.” 50 announced to his fans. BET Networks’ TALES is a Hip-Hop anthology series which strives to document classic and current Hip-Hop songs into captivating visual narratives. It debuted on June 27. 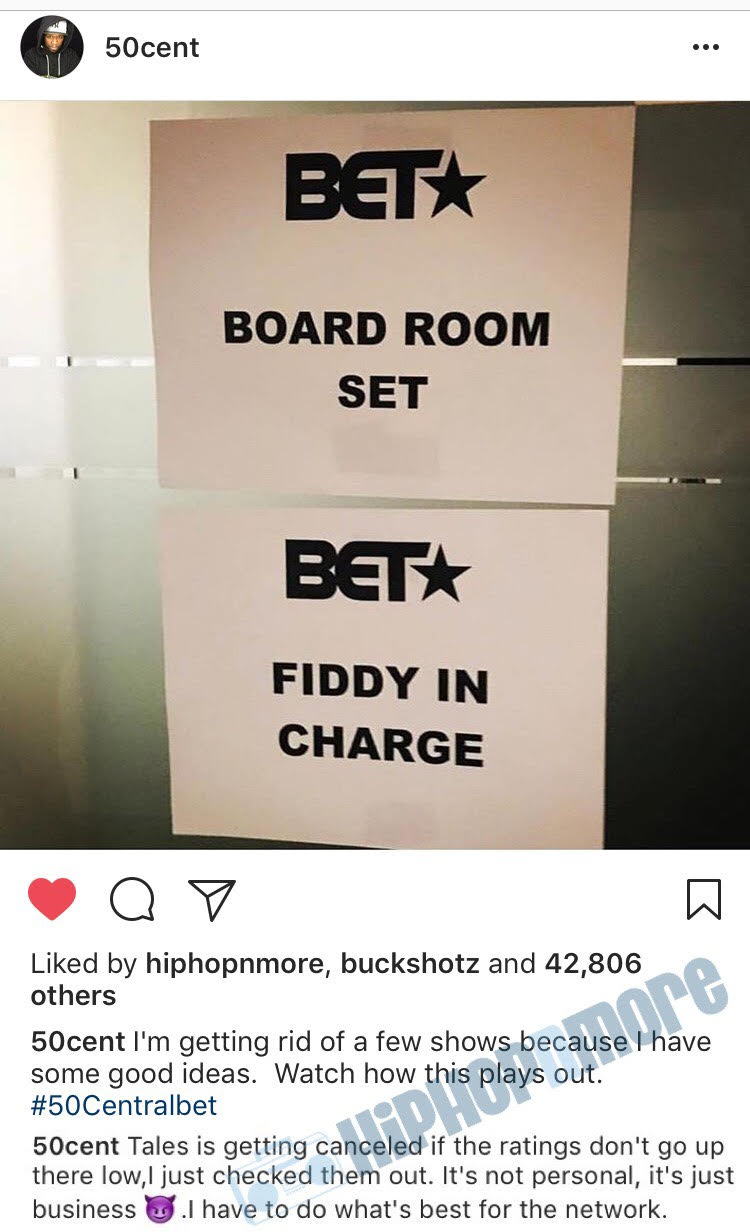 50 Cent has made up with a lot of his past rivals but his longstanding beef with Irv Gotti, Ja Rule and Murder Inc. refuses to die down. This has been a real life feud between Murder Inc. and G-Unit which dates back to 2000. Prior to the diss records, 50 and Ja got into physical altercations on multiple occasions. Things later escalated in NYC when Ja Rule visited one of 50’s recording sessions at the Hit Factory when it got violent with guns involved.