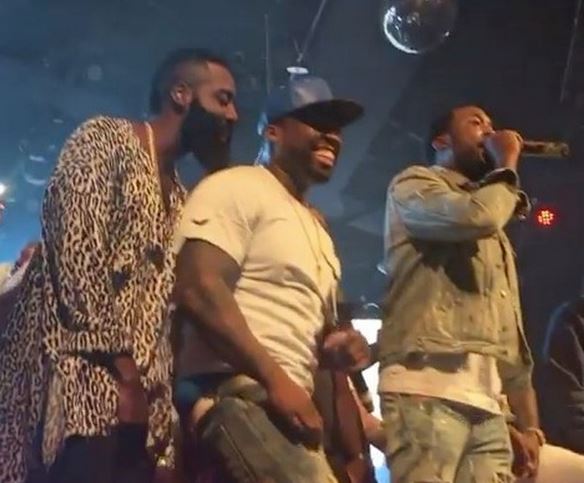 Last night (August 25) at the Drai’s nightclub in Las Vegas was no less than a movie. 50 Cent, Trey Songz and Jeezy were the scheduled performers at the famous venue but they had something special planned.

The three superstars brought out special guests Meek Mill, James Harden and even Chance The Rapper to the stage and performed some songs together. One of them was Meek Mill’s popular ‘Dreams & Nightmares’ intro. Meek performed the hyped up song for the audience while his former enemy 50 Cent played the hypeman. It was definitely a sight to see. See the footage below.

The two rappers went back and forth numerous times last year, mostly on social media with 50 calling Meek a “sh*thead” and Meek responding with terming the G-Unit boss a “rat” from Queens. Last month, Meek finally opened up and revealed that the two talked their issues and squashed their beef like grown men. This is the first time the two artists were seen publicly together.