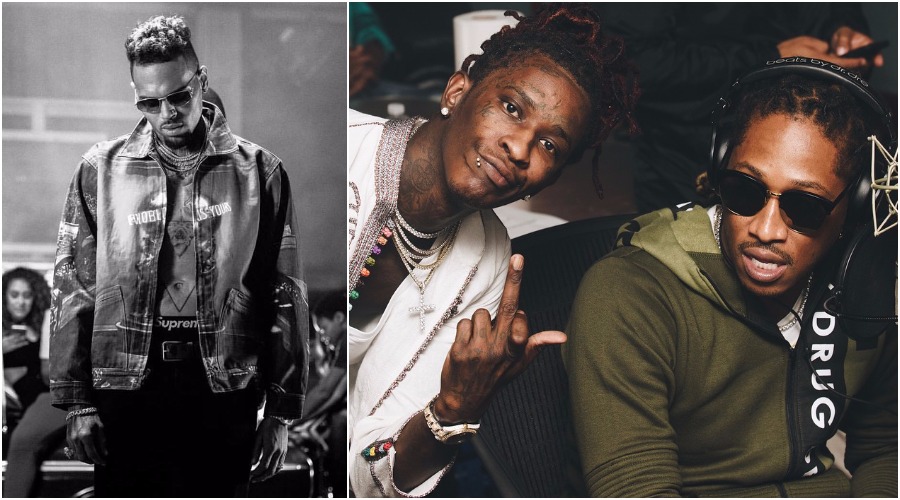 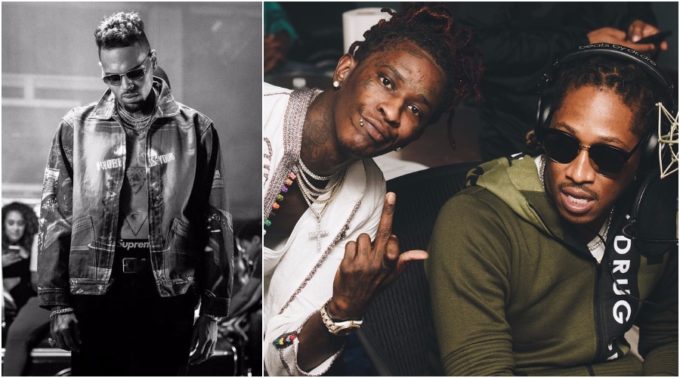 Chris Brown has returned with yet another single titled ‘High End’ featuring Young Thug and Future.

Over the last few months, Chris Brown has unveiled several singles including ‘Party‘, ‘Privacy‘, ‘Questions‘ and ‘Pills & Automobiles‘ and he is yet to fail with any. All the songs have worked on the charts to an extent which is no surprise, knowing what kind of a hit machine Breezy is. He simply has the recipe.

As the release date of his new album Heartbreak On A Full Moon nears (it is October 31st unless it has been pushed back), the singer has decided to unleash a new tune titled ‘High End’ where he has teamed up with Atlanta’s finest, Thugger and Future. The song is already available in select international markets and will be out globally later tonight, along with the pre-order for the album.

UPDATE: The album is confirmed to be released on Tuesday, October 31. And just like Chris promised earlier, it’s a double album with 45 tracks!

UPDATE 2: Chris has released a horror-themed music video for the single. Watch it below.