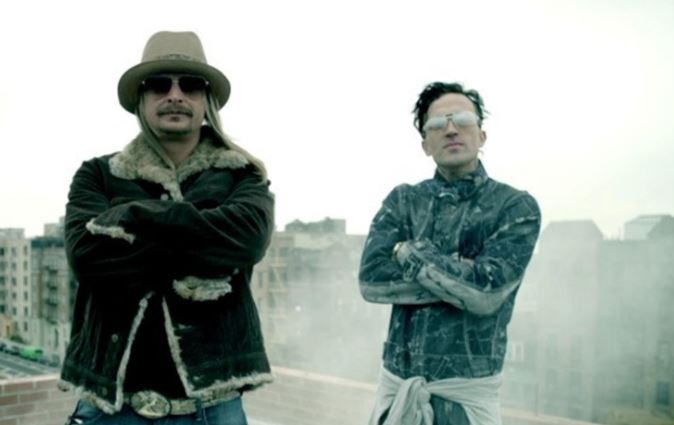 Yelawolf is releasing his long delayed third album Trial By Fire on October 27th via Shady Records and Interscope Records.

Tonight, the Gadsden, Alabama rapper has decided to unveil a new song from the set, ‘Get Mine’ where he teams up with Kid Rock. Stream the Rock influenced tune below. This isn’t the first time the two are collaborating — Yela and Rock had also joined forces for ‘Let’s Roll‘ off the former’s Radioactive album back in 2012.

Note: Kid Rock has been an open Trump supporter while Eminem (who Yela is signed to) made it clear in his BET Hip-Hop Awards freestyle that those fans of the rapper who support the controversial President can keep out of his circle.