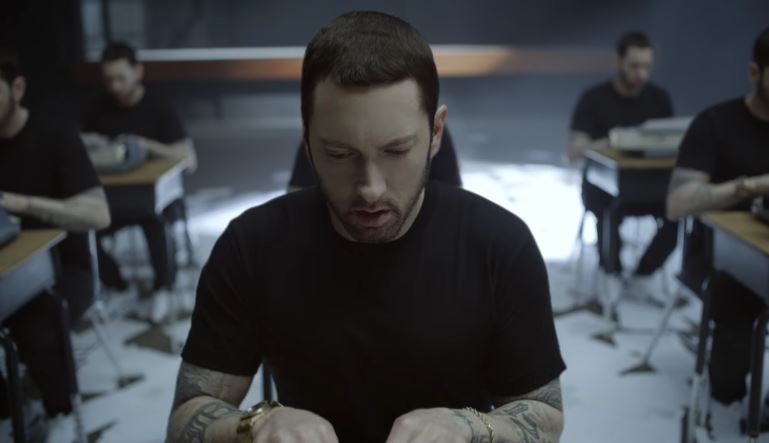 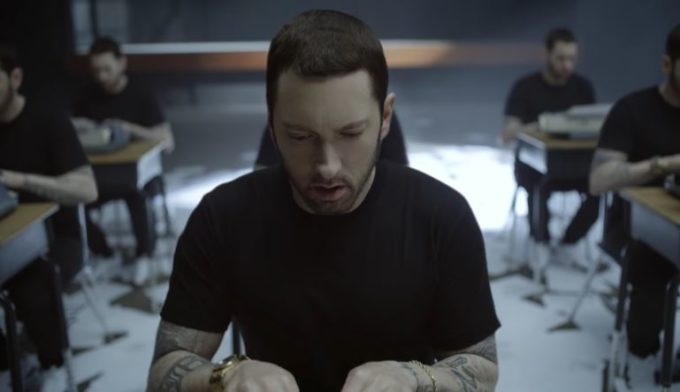 Will Eminem release a music video off his new album Revival? That question every fan has been asking has been answered today as Em releases a teaser for the upcoming ‘Walk on Water’ video.

Revival has got mixed reviews from fans and critics but at least it’s good to know that the Beyonce-featured first single will be getting the music video treatment. In the preview that the rapper has shared today, Eminem and some of his look-alikes are seen in a classroom typing almost nonsensically on typewriters reproducing French mathematician Émile Borel’s famous “infinite monkey theorem“. A release date for the video has not been revealed yet.

Revival is expected to be Eminem’s 8th consecutive number 1 album on the Billboard 200 this week with sales in the range of 250k (including SPS). The rapper revealed earlier today that he wrote on and threw out 69,000 pieces of paper during the writing process of the new set.