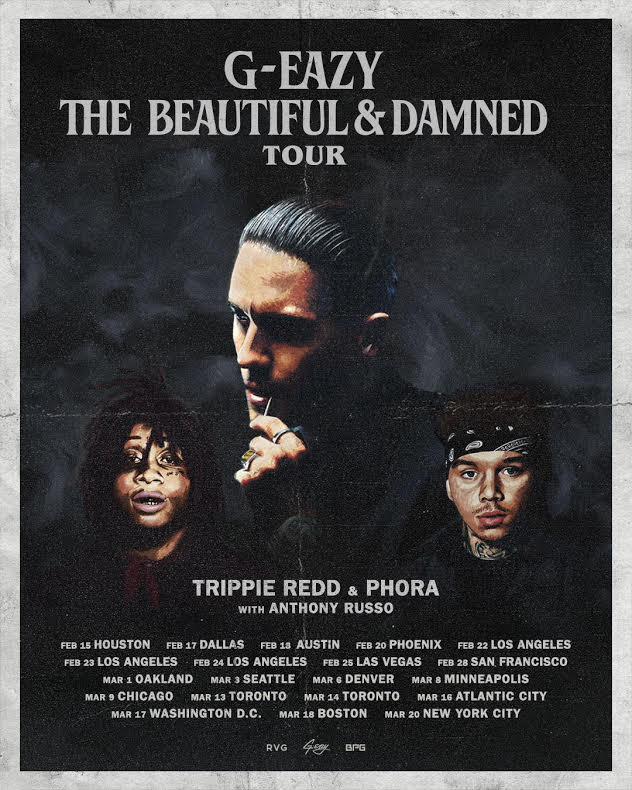 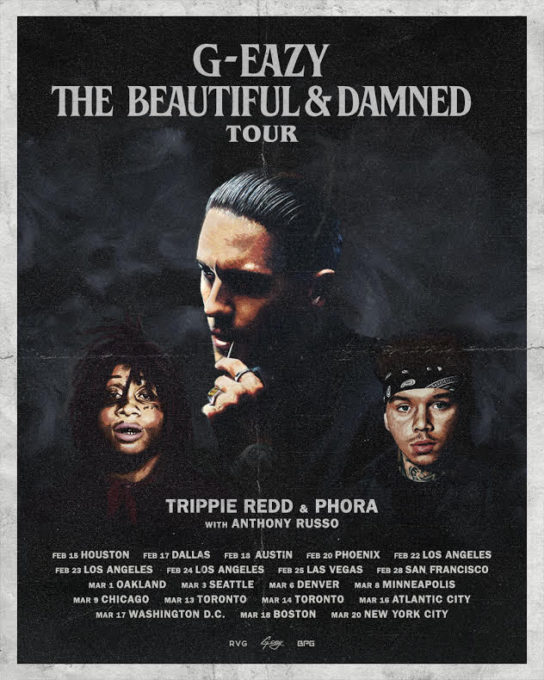 G-Eazy is going on a tour to support his new album The Beautiful & Damned.

The tour begins on February 15th, 2018 in Houston, TX and travels through major markets in the U.S. and Canada like L.A., Seattle, Chicago, Toronto, Boston, Washington D.C. and more before coming to a close on March 20th in New York, NY. New comers Trippie Redd, Phora, and Anthony Russo will serve as the supporting acts. Tickets go on sale to the general public starting Friday, December 15th at G-Eazy’s website.

For five days, starting on December 14th, G-Eazy will bring his fans along for the ride in the days before, during and after the release of his new album, The Beautiful & Damned. Fans all over the world can tune-into G-Eazy’s YouTube channel to watch daily videos capturing the most pivotal moments on the road across the country promoting the new record.

Earlier today, G-Eazy shared a new song from his album, ‘Love Is Gone‘.