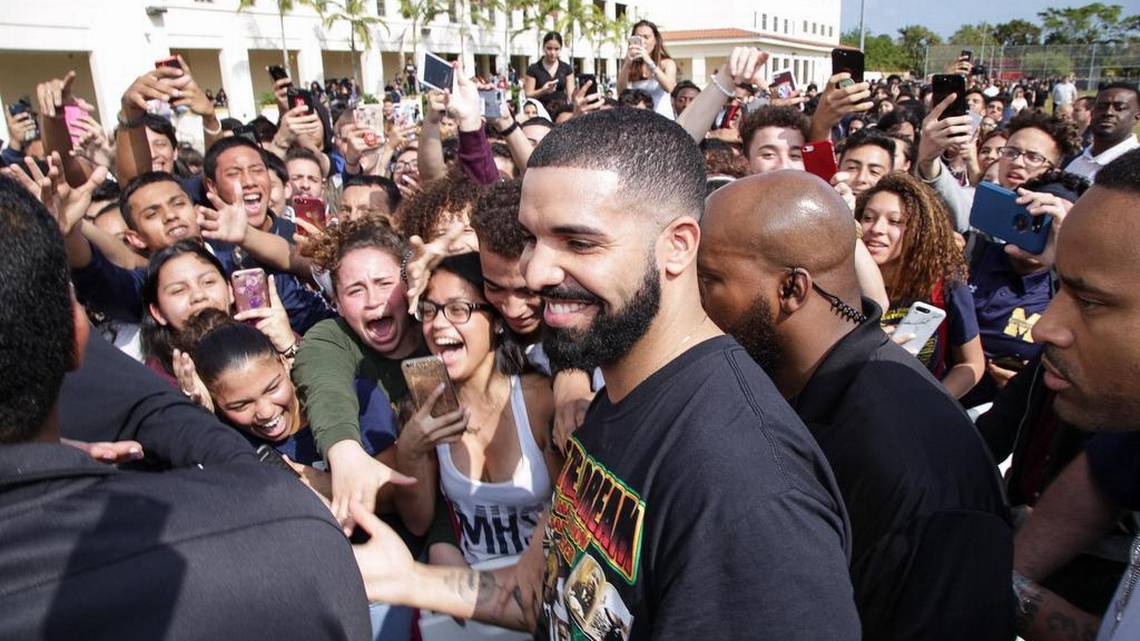 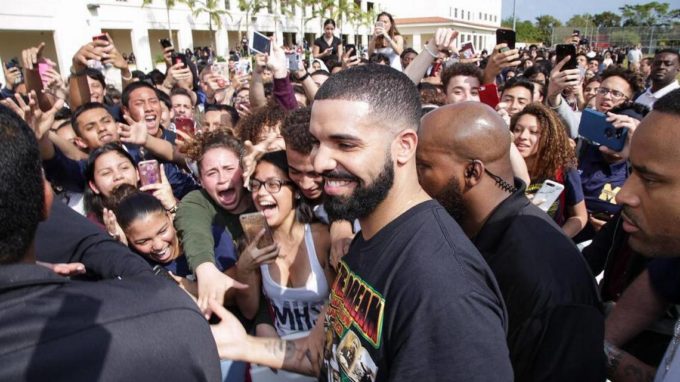 It was just another day for students at the school when all of a sudden Drizzy arrived to the premises to shoot scenes for his upcoming video. The Toronto superstar filmed parts of the video in the school halls and on the Baseball field atop a hydraulic crane. A video posted on Twitter showed students singing along to the song in excitement.

Apart from shooting the music video, Drizzy also presented the school with a $25,000 check and promised them that he would help design their new school uniforms, a first for him. Shortly after leaving the high school, Drake appeared on the campus of the University of Miami to surprise a student named Destiny with a $50,000 scholarship. Day made! 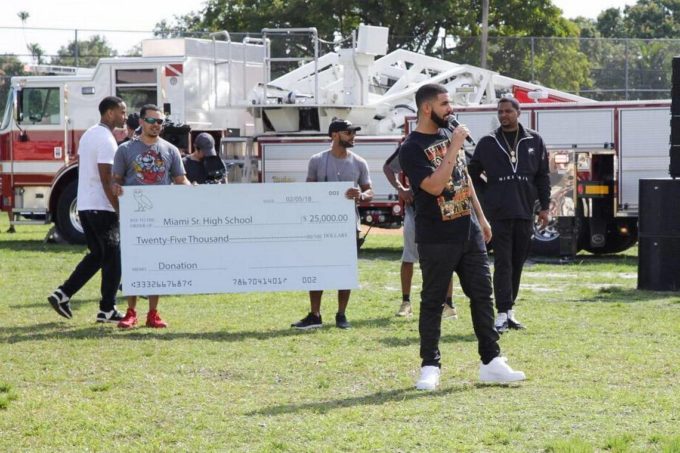