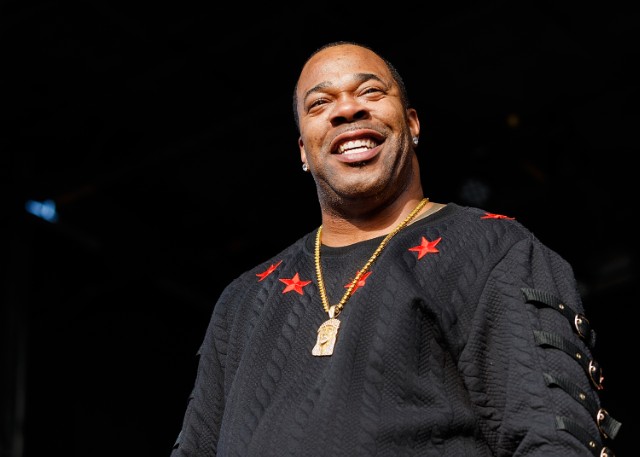 There are only a handful of artists who can say they are two decades into the game and still relevant to an extent. Busta Rhymes is one of them. The New York City born rapper has been a force to be reckoned with since he entered the game with his debut album The Coming in 1994.

Bussa Buss may not be the most successful rapper commercially but not many can match his rapping capabilities. The veteran artist has teamed up with Peter Dinklage, Morgan Freeman and Missy Elliott for a Doritos Blaze and MTN DEW ICE commercial that will air during the highly anticipated Super Bowl on Sunday. For the first time ever, one company (PepsiCo) will advertise two of its trademarks back-to-back in a nationally televised Super Bowl commercial.

Before the madness ensues, we had the opportunity of chatting with Busta about the commercial, his new single ‘Get It‘ with Missy Elliott & Kelly Rowland and his long awaited new album, the first (at retail) since 2009’s Back on My B.S.

Thanks for chatting with us today. We’re longtime fans.

All good, thanks for all the love.

First off, congrats on the new Doritos and Mountain Dew commercial. It’s both funny and innovative. How did it come about?

I have an incredible team and Pepsi has an incredible team as well. Doritos and Mountain Dew have a great advertising agency, just a collective of amazing people who put this campaign together. When it was presented to me, it was just a very fulfilling, exciting and overwhelming moment for me because I just love the fact that they represented the culture properly. They pushed the envelope in allowing us to be on our A-game while we represented Hip-Hop the way it’s supposed to be done. It was amazing to have Morgan Freeman and Peter Dinklage on the set. The whole thing came together magically.

You’ve worked with Missy Elliott a couple of times in the past on music. How was it doing a commercial with her?

Your new single ‘Get It’ with Missy and Kelly Rowland is a banger. Not many headphones or speakers can handle that Bangladesh beat.

(Laughs) Thank you my brother. Absolutely, I don’t even know how Bangladesh gets those beats. Those 808s are not normal. They bang so crazy yo, unbelievable! I’m a fan of Bangladesh and of course Missy and Kelly Rowland. The record is available now on all streaming platforms, go get it.

How did that collab happen? Was it recorded recently?

We did the record a long time ago but I revisited it recently. It’s so amazing that the record survived the test of time. I made this song a some while ago for my new album but every time my people heard it they loved it so much that I thought ‘I gotta update this record lyrically’. So recently, me and Missy went back in and updated it so the song can feel fresh and timeless at the same time. We finally found the magic and then shared it with the world.

Your previous single ‘Girlfriend’ was dope too but I feel like it went under the radar a bit. Do you think it needed to be pushed a bit more?

Thank you. I personally loved it too. We always want every record to connect with the people in the biggest way possible. But sometimes it goes that way, sometimes it doesn’t. But at the end of the day, every moment serves its purpose in creating the picture that you’re trying to lead into, to share with the world. So ‘Girlfriend’ was one piece of the portrait, ‘Get it’ is another recipe for the portrait, this Doritos Blaze and MTN DEW ICE Super Bowl commercial is another piece of the portrait. All of this happening at the same time is so magical. The commercial came out already right, but on Super Bowl Sunday when you actually get to experience the commercial in the middle of all that excitement, in the middle of all other Super Bowl commercials where they are competing for the highest rating and most trending ratings, that ambiance around the energy of game day, that’s when you will realize how great this commercial is. Watching me train Peter Dinklage on how to rap the ‘Look At Me Now’ verse for Doritos Blaze versus Missy teaching Morgan Freeman how to spit the ‘Get Ur Freak On’ verse for MTN Dew, you know I ain’t coming in to lose, we coming to bust a*s. On game day, you gotta go to Doritos’ social media and check out the Snapchat filters. We created some specifically for Game Day. So when you get a chance on game day, get the filters so you and your crew can be super lit while playing our new record ‘Get It’.

We have been waiting for your new album since forever. When can we expect it?

My new album is gonna be coming out this year. I’m excited for it. I have been recording for a while now. This will be my first album at retail in 9 years. I haven’t told the world what the title is yet, I will be making the announcement soon.

Ok great. I believe you were considering E.L.E. 2 as the title at one point.

I can not tell you what the title is just yet. Stop trying to squeeze it out of me man! (laughs).