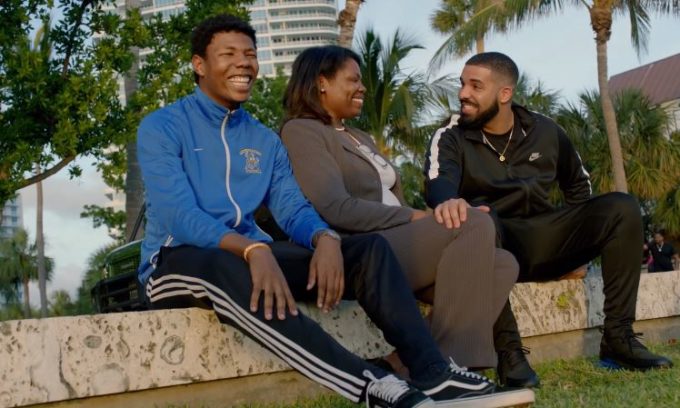 Here goes Drake. The Toronto superstar has debuted the much awaited music video for his single ‘God’s Plan’ which spent its third week atop the Billboard Hot 100 chart this week.

Drizzy had been making headlines throughout last few weeks as he visited various places across Miami — youth centers, schools, university, deli stores and even walkways to gift random people and students with donations. A few clips were shot at Miami High School where Drizzy had made a surprise appearance out of nowhere.

At the start of the video, it is revealed that $996,631.90 was spent on the video which was all given away to the people. Watch the amazing, Director X-shot video below.