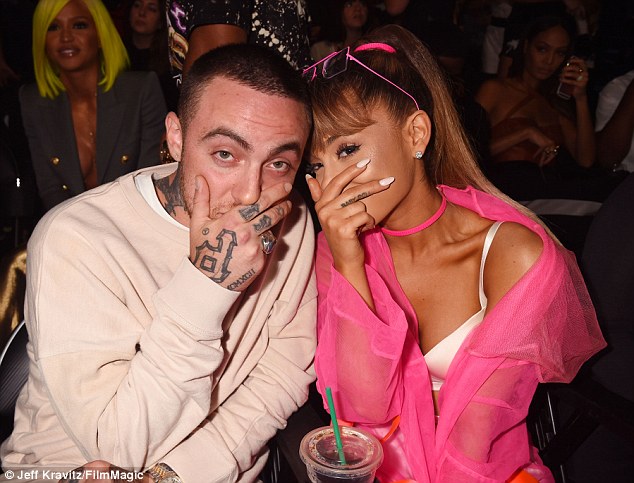 Earlier this month, it was confirmed that Ariana Grande and rapper Mac Miller had called it quits after being together for almost two years. It is now being reported that the singer is casually seeing SNL comedian Pete Davidson.

Last week, Mac Miller was involved in a dangerous accident after he rammed his G-Wagon into a power pole in San Fernando Valley, CA. He later fled the scene and was subsequently arrested by Police for DUI. His levels turned out to be more than twice the prescribed limit.

“Mac Miller totalling his G wagon and getting a DUI after Ariana Grande dumped him for another dude after he poured his heart out on a ten song album to her called the divine feminine is just the most heartbreaking thing happening in Hollywood,” a fan tweeted on Monday which got more than 19k re-tweets.

Ariana caught the tweet and has issued a kind of statement to clarify her stance. The singer has called the previous relationship “toxic” and hinted that Mac Miller has been dealing with alcohol problems lately. Check it out below.

“How absurd that you minimize female self-respect and self-worth by saying someone should stay in a toxic relationship because he wrote an album about them, which btw isn’t the case (just Cinderella is ab me),” she said. “I am not a babysitter or a mother and no woman should feel that they need to be. I have cared for him and tried to support his sobriety & prayed for his balance for years (and always will of course) but shaming/blaming women for a man’s inability to keep his sh*t together is a very major problem.”