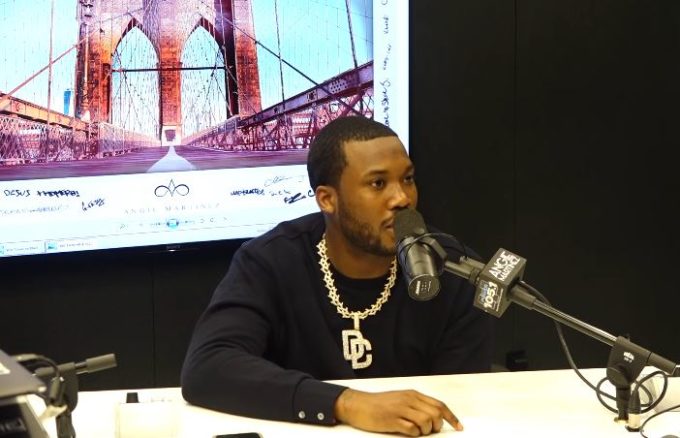 Earlier today, Meek Mill sat down with Angie Martinez on the first episode of her new interview series, One of One which took place live in New York City earlier today (May 8). Fans had the opportunity to see the interview live while others were able to live stream it exclusively on TIDAL.

But after doing the interview, Angie invited the newly freed Philly rapper to her Power 105 show where they discussed his jail sentence, the actions he’s taking for criminal justice reform, the upcoming docu-series on him produced by Amazon and Jay-Z, Kanye’s recent controversial remarks about slavery being a choice, and more.

“He’s trying to spread a positive message, I see what he’s tryin’ to do,” said Meek at the 6:50 mark about Kanye talking about self-hate. “He was speaking on some things that were true,” Meek continued to defend some part of Kanye’s thoughts. “When he talkin’ about slavery, people had a choice, I disagree 10,000% I don’t know what he talkin’ about but I know he’s tryna deliver a message for a better cause. He’s not informed enough to speak on sme things he’s speaking on,” Meek told Angie about Kanye’s comments that 400 years of slavery was more like a choice. Watch the interview below.

UPDATE: You can now watch the full “One of One” interview below.