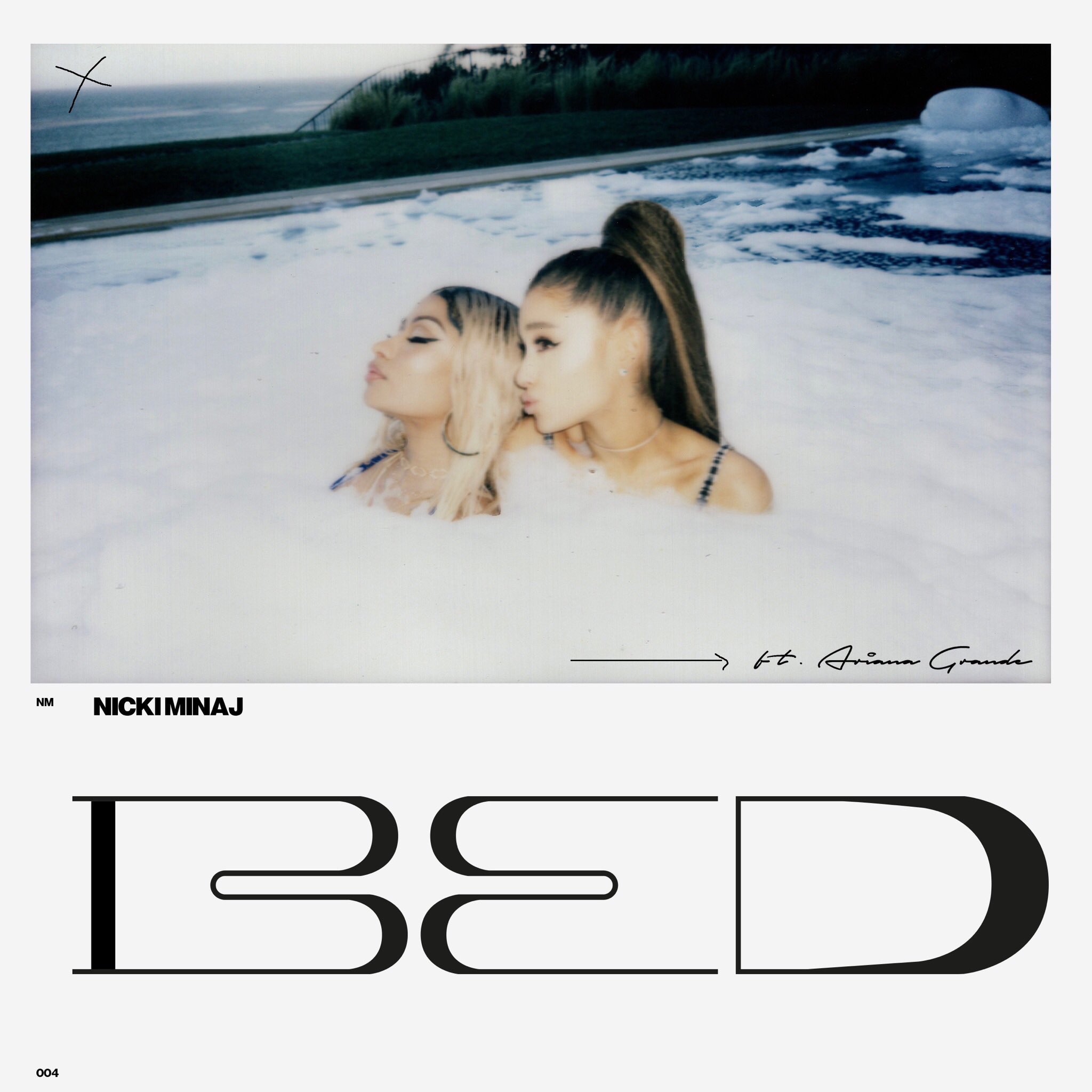 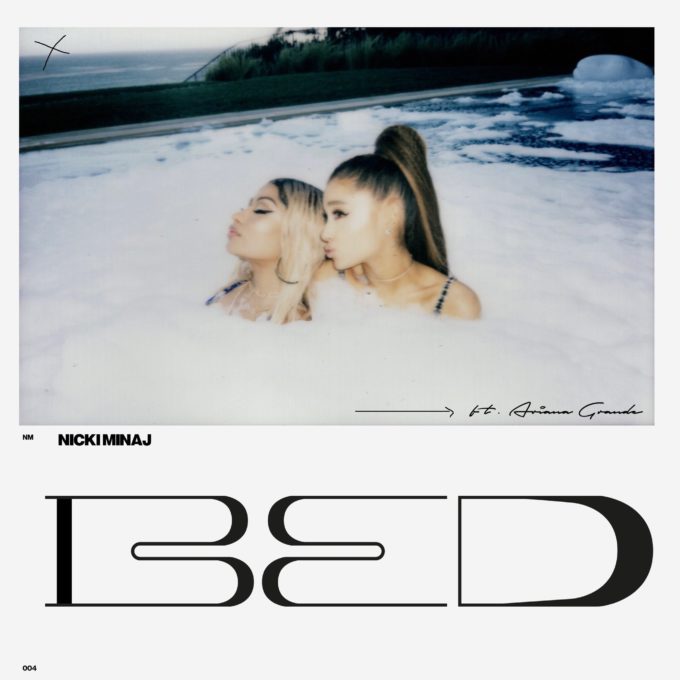 ‘Bed’ is the second collaboration that the two friends are dropping. Ariana is also releasing her single ‘The Light is Coming’ on June 20th which will be a duet with the rapper. It will live on the singer’s forthcoming album Sweetener. The two artists had teased ‘Bed’ a couple of days ago with an artwork featuring the ladies chilling in a sudsy pool.

Bed out Thursday #Queen @nickiminaj i love you forever & ever pic.twitter.com/RUnaRMTTTS

‘Bed’ arrives just two days after Nicki dropped her new song ‘Rich Sex‘ featuring Lil Wayne which got a mixed reaction from fans. Listen to the new single below, the video for which has already been shot. The Queens rapper has adopted the smart tactic of bundling her album with tickets for her upcoming NickiHndrxx tour in order to boost Queen‘s sales.

You can also pre-order Queen on iTunes here which features 19 tracks in total. ‘Barbie Tingz’ has been left out it seems. Are you feeling Nicki and Ariana’s latest outing? Let us know!

UPDATE: Watch an extended teaser of the upcoming music video.