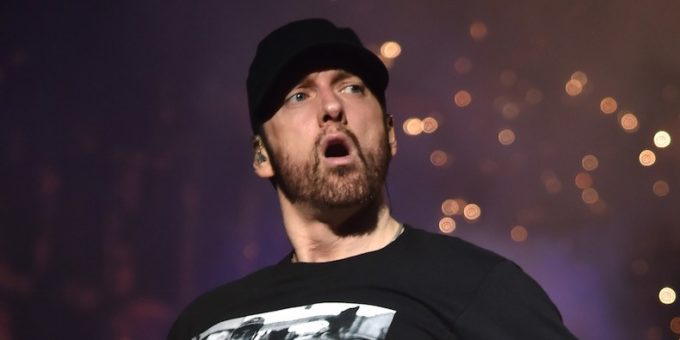 Mr. Porter aka Denaun Porter appeared on Culture Untold show on Tuesday via video chat and told the hosts that Em will wait for everyone who responded to Em’s disses on Kamikaze, before shooting back. “We doing something else right now but trust me, we’ll get to it,” he said of a response from the great rapper. “I’ll tell you this. I wouldn’t want to be my man [MGK]. The real thing is like, OK, let Joe [Budden] say something,” he said. “Let somebody else saying something. Let anybody else say something and then he take everybody out at once. That’s ‘gon happen.”

Mr. Porter compared the battle between Shady and MGK to the Thanos vs. Iron Man fight from Marvel’s hit film Avengers: Infinity War. “The one thing I’m worried about— did y’all see the Avengers movie?” he asked the hosts. “Remember when Thanos threw that whole planet at Iron Man? I’m worried about [Em] breaking the planet in half and throwing it at [MGK].” Watch the clip below.

Joe Budden responded to Eminem’s shots during his podcast on Wednesday, accusing him of shady business dealing and not promoting Slaughterhouse when they were signed to him. He also claimed to be better than Eminem at rapping this decade. “Let me tell you what Joe Budden has thought this entire time. I’ve been better than you this entire f*cking decade!”