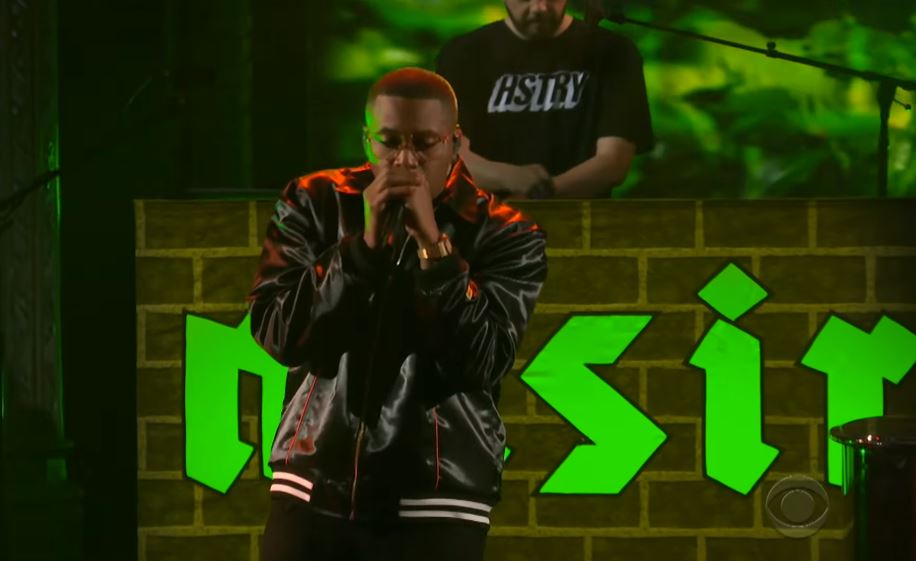 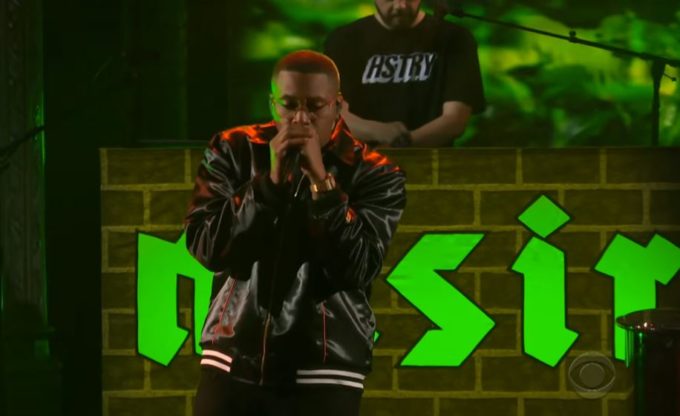 Nas has not promoted his latest album Nasir much but last night (Tuesday), he appeared on The Late Show with Stephen Colbert to perform the standout song ‘Adam & Eve’.

Nas was assisted by Colbert house band leader, Jon Batiste on the drums and chorus. Watch their performance below. Nas also sat down with Stephen Colbert for a brief interview where he talked about working with Kanye West on the album in Wyoming, something that he had never thought he would do.