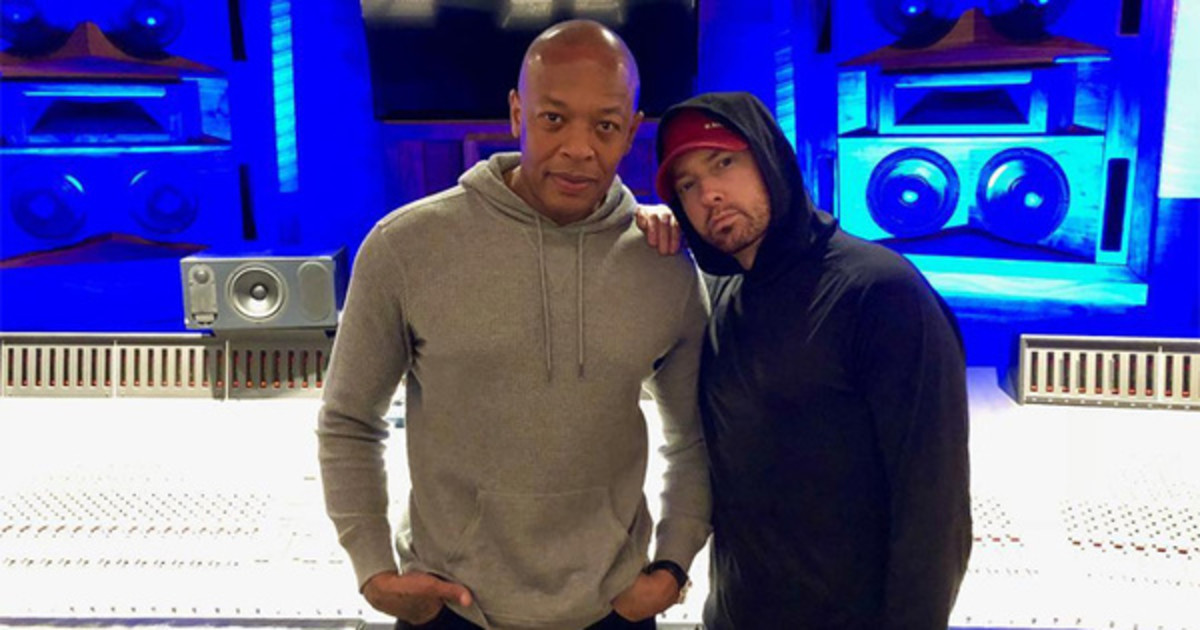 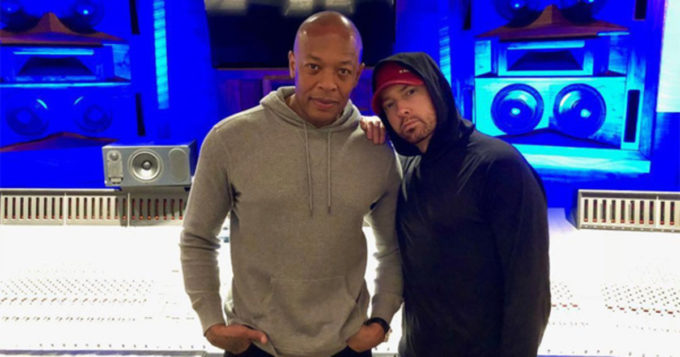 Eminem and Dr. Dre about to release new music? If some hints about a recent video shoot are to go by, that is certainly a good possibility.

James Larese, the director who has done almost all of Eminem’s recent music videos, including ‘Lucky You‘, ‘Fall‘ and ‘Framed‘, posted a story on his Instagram which has some fans speculating that could be the case. James first posted a photo from top of the Empire State Building in New York, with the caption “NYC that’s a wrap.” He then posted a “shotlist” on his stories with some notes about the shoot of the video. 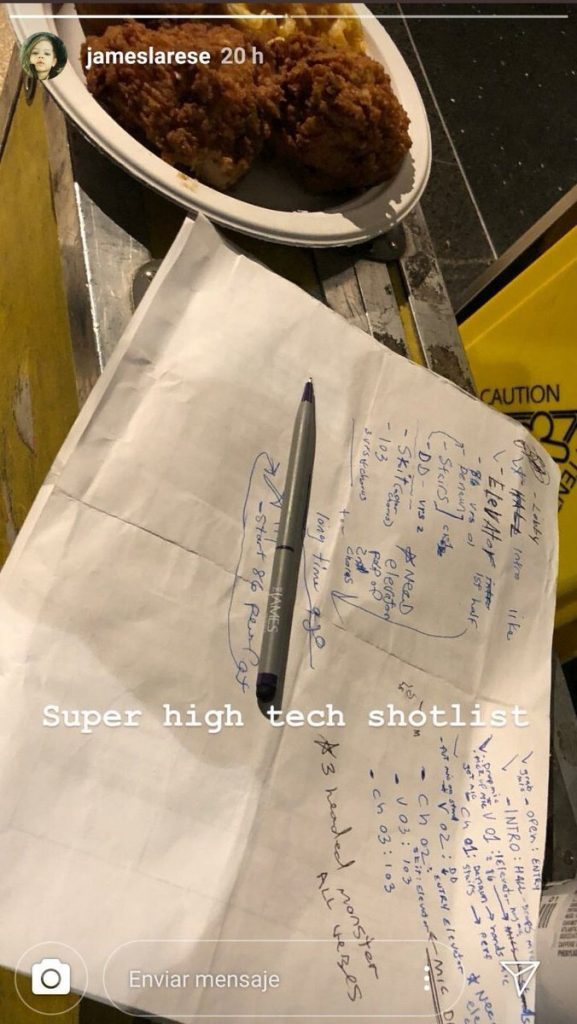 One of the most interesting things about the paper note is the term “3 Headed Monster all verses” mentioned on bottom right. If you remember, “three headed monster” was a name Eminem, Dr. Dre and 50 Cent used to refer themselves to around the golden Shady/Aftermath/G-Unit era about 10 years ago. The note also has the name of Denaun Porter aka Mr. Porter as well “DD vrs 2” which some fans think is short for Dr. Dre.

Could we get the 1st singe off #Bodied by Em ft. Dre & 50?
NOTHING is confirmed yet but the chances are high since the pics James Larese posted having Denaun on the script and it's also written "Three Headed Monster" which it referred to Eminem, Dre & 50 Cent back in the day 👀🙏

Over the weekend, some spectators caught helicopters around top of the Empire State building which now seems like it could be connected with the video shoot. Some fans believe that the shoot could be something to do with the soundtrack for the upcoming battle rap film Bodied, for which both Dr. Dre and Eminem have created music. We shall know details in the near future. A new trailer for the film was released today — watch it below.