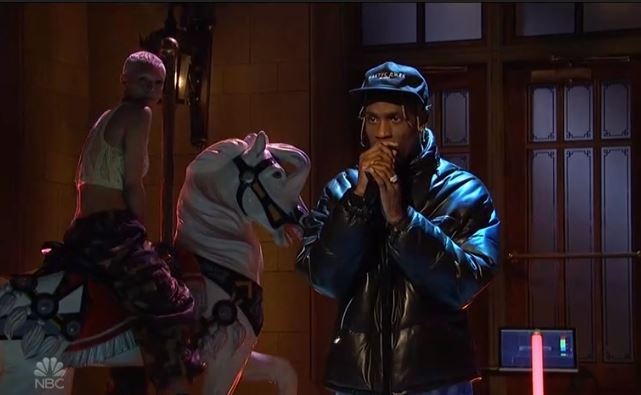 2018 has been a great year for Travis Scott. The rapper scored the year’s second biggest debut week with his third album Astroworld, thereby exceeding everybody’s expectations.

Tonight, the rapper took the stage at Saturday Night Live for a live performance, just a week after his good friend Kanye West made a controversial stop on the show. Awkwafina, the breakout star of the summer blockbuster films Ocean’s 8 and Crazy Rich Asians, hosted the Oct. 6 show.

For his first performance, Travis invited John Mayer and Tame Impala’s Kevin Parker for a medley of his songs ‘Skeletons’ and ‘Astrothunder’. Watch it below (via MWP).