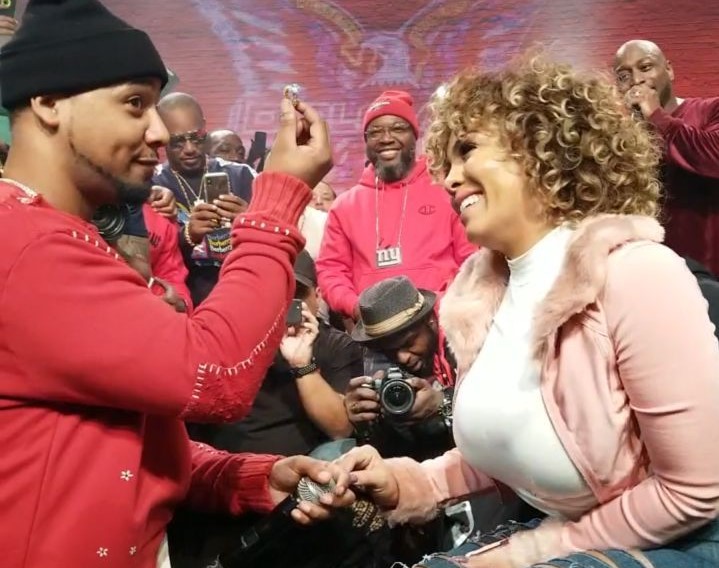 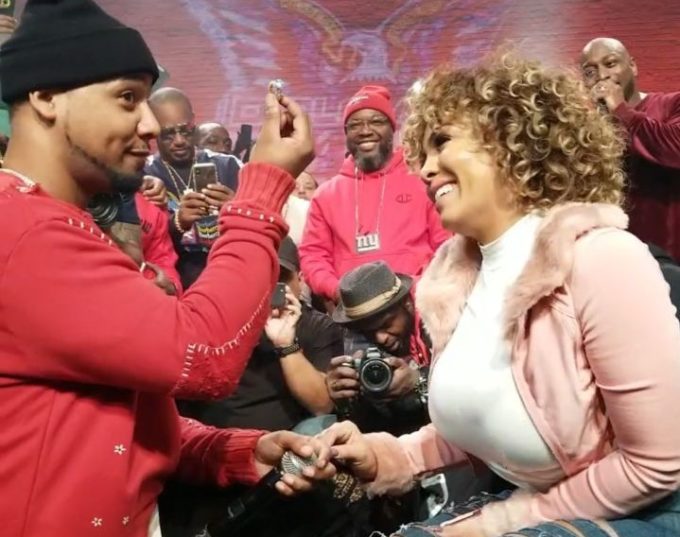 The rapper was performing at the Apollo Theater as part of Dipset’s show to celebrate the release of their new album Diplomatic Ties. During the set, the Harlem rapper went down on his knees and proposed to Kimbella with a ring — she said yes. Watch the video below.

Juelz and Kimbella have two kids together, a son named Juelz Santana James (born 2010) and a daughter named Bella Monroe James (born 2012), and have been in an on and off relationship for 10 years. Back in September, he was allowed to live with the Love & Hip Hop cast member while he awaits his sentence for gun charges stemming from an incident in March. He was initially ordered to stay on house arrest at his mother’s New Jersey home.