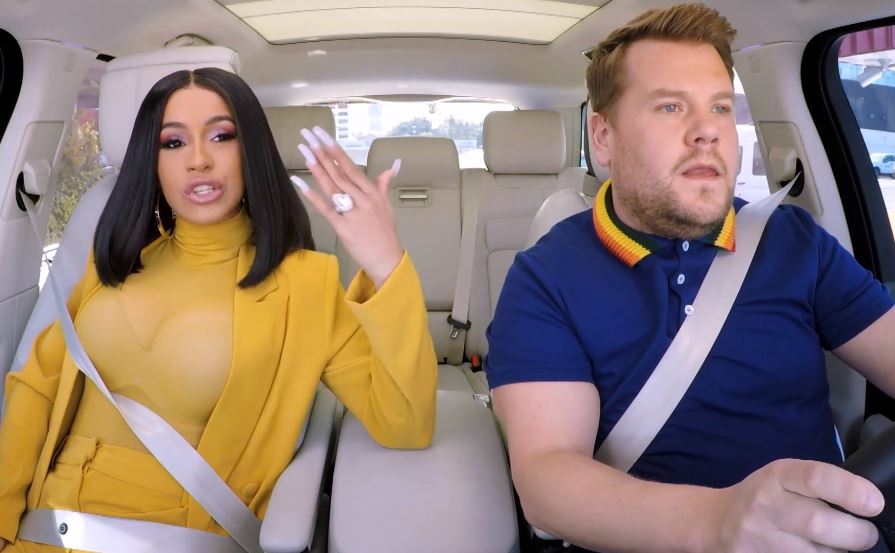 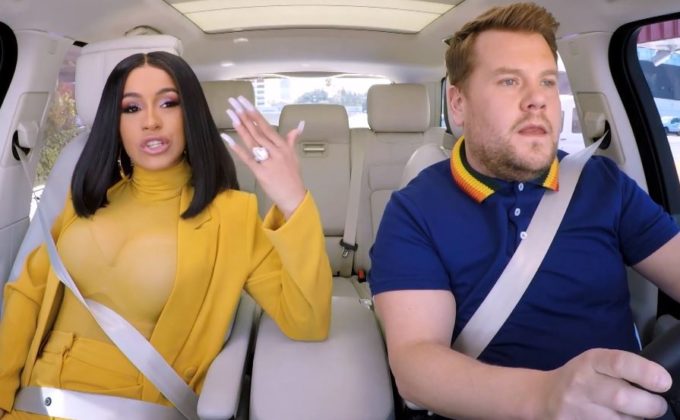 After a preview a few days ago, the full version of the Cardi B episode of Carpool Karaoke has been released.

The “Bodak Yellow” hitmaker joined James Corden for a hilarious installment of the popular series on Monday’s The Late Late Show. “I have a Lambo, a Lamborghini truck, a have a Bentley truck, I have a Maybach and I have a Suburban,” Cardi listed her collection of expensive vehicles. The funniest part then followed. James asked Cardi to take the wheel for a little test and the result was pretty bad — Cardi even knocked out a camera with her driving skills.

James also took Cardi to a Mind/Body Dance Class of senior citizens where the rapper delivered an impromptu performance of her hit ‘I Like It‘. Cardi recounted an embarrassing experience of performing at a bar mitzvah recently as well. “I never performed in from of so many kids, and then my DJ didn’t have the clean version of my songs,” Cardi recalled. “I just felt so awkward saying the curse words. But those kids were having a good time, and I had a good time too.” Watch it below.