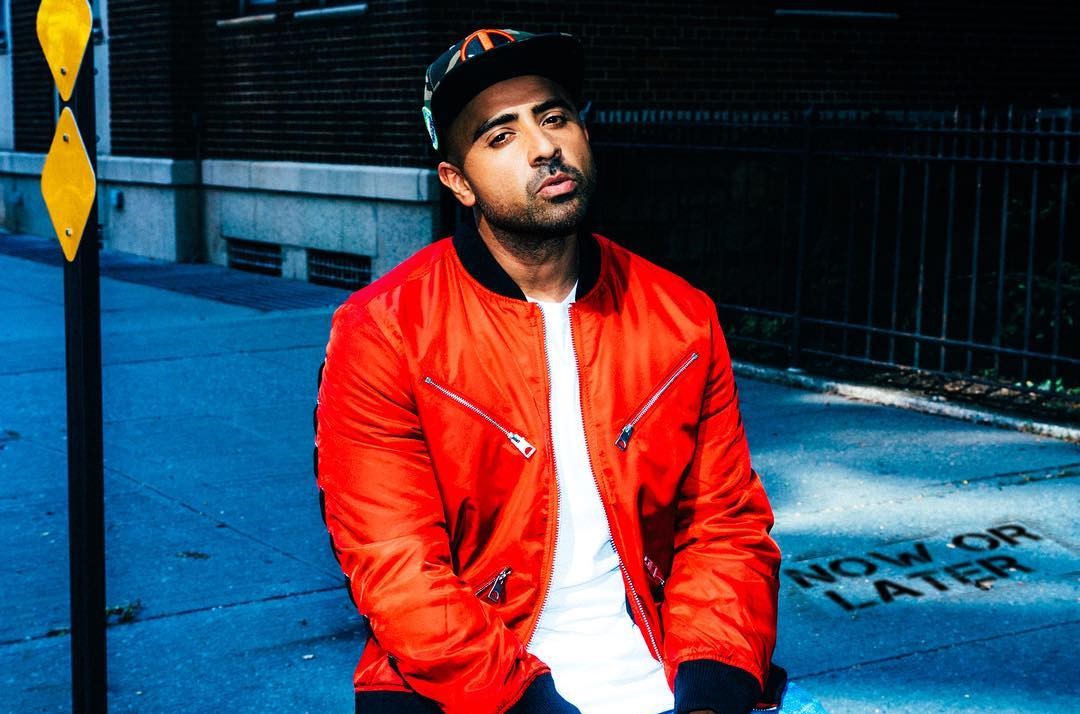 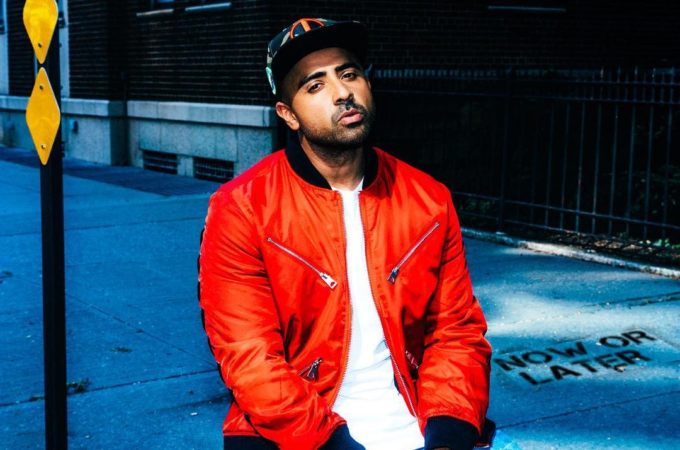 Jay Sean is mostly known in the U.S. for his Billboard Hot 100 number 1 ‘Down‘ with Lil Wayne that released in 2009 but real fans know he’s much more than that.

The British singer of Punjabi (Indian) origin, broke out way back in 2003 in the U.K. as part of the Rishi Rich Project with the song ‘Nachna Tere Naal (Dance with You)‘ alongside singer Juggy D and producer Rishi Rich. The track reached No. 12 on the UK Singles Chart and created a whole new wave for South Asian artists in the territory. Jay Sean released two studio albums with Cash Money Records, the last one being Neon in 2013. Since then, it has been a rocky ride as he faced a million dollar-worth royalty payment issue with Birdman and Slim’s label.

Jay eventually won the lawsuit but the legal issues meant he was not allowed to release any music in the U.S. With the difficult times continuing to run havoc, he decided to do arrangements with other labels to at least put out music in rest of the world which led to a club hit in the form of ‘Make my Love Go‘ with Sean Paul a couple of years ago. But after putting out a few mixtapes and keeping his name out there with help of light touring, he’s back to business in a full fledged manner.

The singer (and former rapper) has signed a new deal with Republic Records, with whom he had a distribution deal when he was with Cash Money Records. The first release is ‘With You‘, a bumpy and infectious R&B cut featuring Gucci Mane and Asian Doll which has got a good reaction from his fans. We spoke with him earlier this week about his return, the new deal, going back to his Punjabi roots with upcoming collaborations and more.

I’m a sort of a day 1 fan actually. I bought the cassette of your debut album Me Against Myself the first day it arrived in stores. I still have it. Congrats on the journey so far.

Haha wow man. The fact that you said cassette explains that you’re a day one fan. Thank you brother.

Let’s talk a bit about your new single ‘With You’ with Gucci and Asian Doll. It reminded me about early 2000s R&B. How did this record come about?

Well actually, it was funny how this was done. I was in L.A. and I had written and recorded another song during the day. I was working with a friend and was on my way out and he’s like ‘wait, let me play this beat for you.’ He played me that beat and I said ‘aww sh*t, well I can’t leave now’. The beat was just so fire, I was like, I have to stay. When I hear something like that, it moves me immediately, I have to write to it straight away. I can’t come back to it later. I go with my immediate feeling so I went straight to the microphone and started humming out the melodies that came to my head at that point. We recorded the song there and then. We finished it at about 6 in the morning, the sun was up and we were dancing around the studio to it. You know, that feeling you get when you want to listen to your own song over and over again, it’s a beautiful feeling. That to me tells me everything. If I want to listen to my own song bro, that says something. I was like, this sh*t has to come out right away.

It gives me early Usher and Ginuwine vibes, I love it. I was surprised to see that you re-signed with your previous label Republic Records. Why did you decide to start the new chapter of your career with them and not any other label?

That’s exactly the sound, yes. Well, to be honest, Republic to me has always been an incredible label. I was their first Billboard Hot 100 number 1 ten years ago and since then, they have become an absolute monster of a label. You can literally name the biggest artists in the world, they are signed to Republic. They just have it, they know exactly what they’re doing, they are such a strong team. Now, I’m in a position to sign with them directly. Before, my deal wasn’t direct with them. Now I have access to the full staff, it’s really family there. I have worked with everybody before. The Heavy Group is actually the label I’m with in conjunction with Republic. Heavy Group is really the team I have been working with since the beginning. It’s family so it feels right.

You had a royalty payment issue with Cash Money and I believe the payment was ordered as well. Is everything sorted on that end?

Well yeah, there are a few loose ends with Cash Money, we’re still working through it but this happens in the industry. It’s the messy side of the industry that most fans don’t know about. It’s the business side of things and it’s one of the reasons why I wasn’t able to put out music in the United States for a while. It was due to all these paperwork issues and legal reasons. That’s why so many people in America were like ‘yo man why haven’t we heard anything from Jay Sean for so long’. That’s why, because there were a lot of legal issues. But rest of the world, I was able to put out songs. ‘Make My Love Go’ was a smash in rest of the world, that was with a different label. The song with Hardwell did well too.

Being present in the moment. 🙌🏽

One thing I always missed in your music after your debut is your rapping. I think you brought a lot to the table when you did that every now and then. Did you intentionally leave it out when you broke out in the U.S.? And will you ever rap again on an album?

It’s not something that I intentionally did but you just have to understand that there is a natural progression in music for everybody. Sometimes a person starts within their roots but the music climate and progression propels you into one particular genre. It becomes difficult to bring your original roots back into where you were because you’re now in a whole different scene. When I broke out in America in 2009 all way till 2013, music was very very Pop. Clean and happy Pop music, very dance friendly. It was in a place where the Hip-Hop and pure R&B sides of things just wouldn’t fit. Even if I wanted to do it, it just wouldn’t fit. Now I feel like the Pop world in the United States is so favorable of Hip-Hop and R&B because Hip-Hop has really now become the new Pop. Now is the time I can do all those things, that’s why ‘With You’ is such a perfect record to me because it’s something that’s so natural for me to write. That kind of flow and swag is so natural to me. Now is the time when I can do records like these.

Right. Because I always remember those three outro rap tracks on your first album, that was incredible for that time.

Oh thank you brother, I would love to do something like that again for sure.

Is ‘With You’ the first single off an album you have coming out or it’s just a track you wanted to throw it out there?

It’s the first official release under Republic Records for me and you can expect much more but this is something we wanted to hit the people with.

I saw you recently in the studio with Rishi Rich again in Mumbai. Do you two have new music coming out soon?

Absolutely man. The stuff I’ve been working with Rishi is so experimental and different. As you must be aware of, me and Rishi created a whole new genre in the U.K. 15 years ago that was so brand new. So even right now, we don’t want to do something that everyone is doing. I can’t wait for the world to hear what I’ve done with Rish. A couple of months more, people will get to hear it.

Nothing like a 5 yr old to keep you grounded. 😂 swipe to see how it played out ..😆

I’m excited to hear it. Rishi killed that ‘Doori’ song on the Gully Boy soundtrack. What kind of sound can we expect from your upcoming music? Any more collaborations we can look forward to? Any Punjabi ones?

Oh there is definitely some Punjabi stuff on the way, one hundred percent. I’m not gonna tell you with who and what it is and who’s singing. Just want everyone to get excited for a lovely surprise.

Great! How is father life treating you?

Oh it’s beautiful bro. There is nothing like being a dad, you know. Everything I do is amazing, I mean I love my life, I’m very blessed -– I get to go around the world, tour and write music but when you have kids, it puts life into perspective. You start living for them, that’s the thing. I have two amazing kids, I have the time of my life with them.