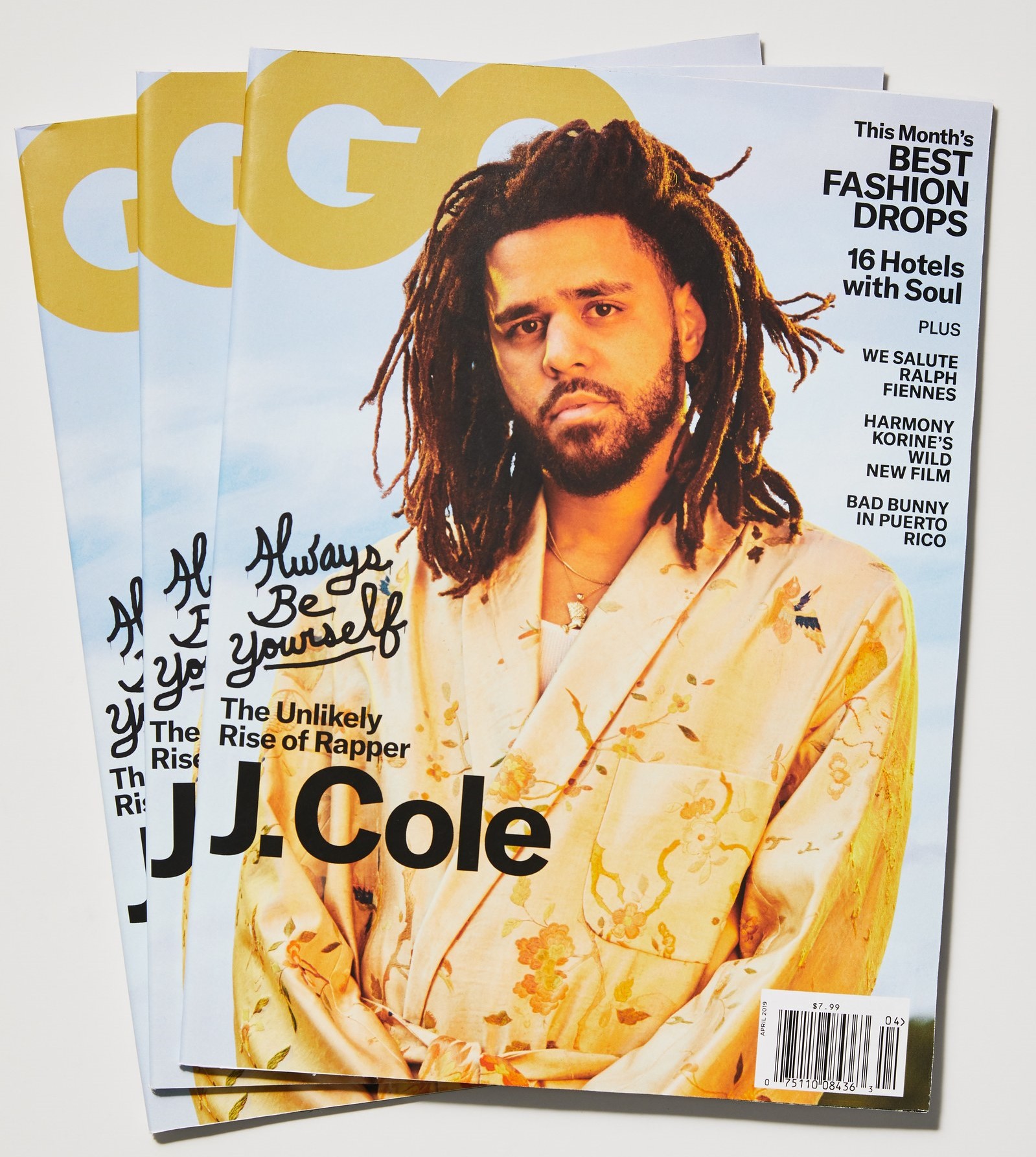 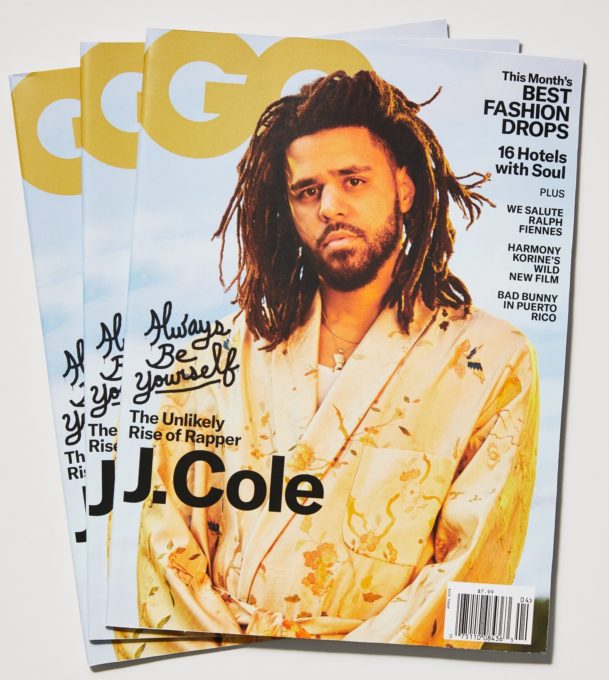 We were not expecting J. Cole to get his own cover of GQ but we love surprises.

The multi platinum rapper is the star of April issue of the fashion magazine where he speaks on an array of topics including how fatherhood changed him, being an introvert, how he turned losing at the GRAMMYs into a blessing, collaborating with more artists these days, getting out of his comfort zone and more. Read the full story here.

On not winning a GRAMMY in his career:

“I’m not supposed to have a Grammy, you know what I mean? At least not right now, and maybe never. And if that happens, then that’s just how it was supposed to be,” Cole said. “It would’ve been disastrous for me, because subconsciously it would’ve been sending me a signal of like ‘Okay, I am supposed to be this guy.’ But I would’ve been the dude that had that one great album and then fizzled out,” he commented on losing the Best New Artist GRAMMY in 2012.

Put simply, J. Cole is one of the most popular rap artists of this generation. His two early mixtapes, 'The Warm Up' and 'Friday Night Lights,' are considered classics. He's released five albums, all of them platinum-certified chartbusters. Three of these went platinum with no features—as in, without the help of appearances by other artists. At the link in bio, read about how the North Carolina rapper ascended to the hip-hop world's top tier. (📸@awolerizku) #newgq #jcole

“I changed my life in order to get ready to have a family and to have a son. I literally changed my life, where I was living, the things that I was doing… So because of that, when my son came, I was ready. I already made room.”

On starting to collaborate more these days:

“I’ve reached a point in my life… where I’m like, ‘How long am I gonna be doing this for?’ I’m starting to realize like, oh shit—let’s say I stopped this year. I would feel like I missed out on certain experiences, you know? Working with certain artists, being more collaborative, making more friends out of peers, making certain memories that I feel like if I don’t, I’m gonna regret it one day.”

A behind-the-scenes look at J. Cole's GQ cover shoot in Raleigh, North Carolina. See all the photos at the link in bio.💥💥 #NewGQ #jcole

On “J. Cole went platinum with no features” phrase: