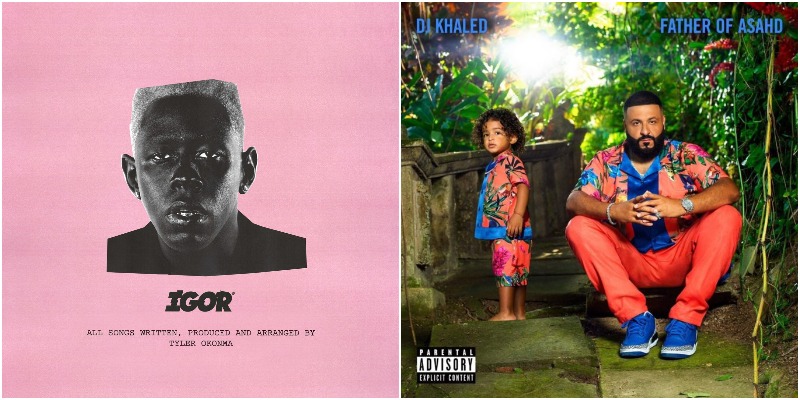 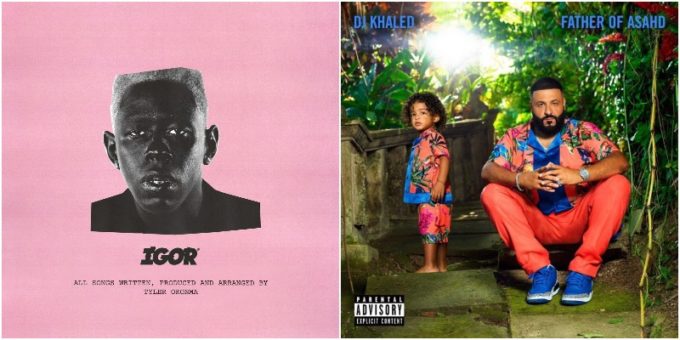 UPDATE: The final numbers for the week have been tallied. Tyler sells 172,377 copies of IGOR first week with 77,716 of those from pure sales. This gives him his first ever #1 album.

When it was revealed that Tyler, The Creator and DJ Khaled will be releasing their new albums on the same day, it was evident that the competition for the number 1 spot on the Billboard 200 will be a tough one.

It’s also interesting that the two received the same release dates from their respective labels, Columbia and Epic, considering both are under the same Sony Music umbrella. The first week sales projections are now in. Tyler, The Creators’s IGOR which features un-credited contributions from Kanye West, Lil Uzi Vert, Pharrell, CeeLo and more, is expected to move 145-170k copies in the first week with about 45-65k coming from pure sales, reports HDD. It should land at the number 1 spot of the Billboard 200.

DJ Khaled’s Father of Asahd on the other hand, is currently running behind Tyler with projections of 110-135k (20-30k pure sales). Khaled’s album features an all star cast of Post Malone, Travis Scott, Cardi B, 21 Savage, Lil Wayne, Meek Mill, Nipsey Hussle and many more. Stay tuned as we continue to update the numbers leading up to the final tally on Sunday.