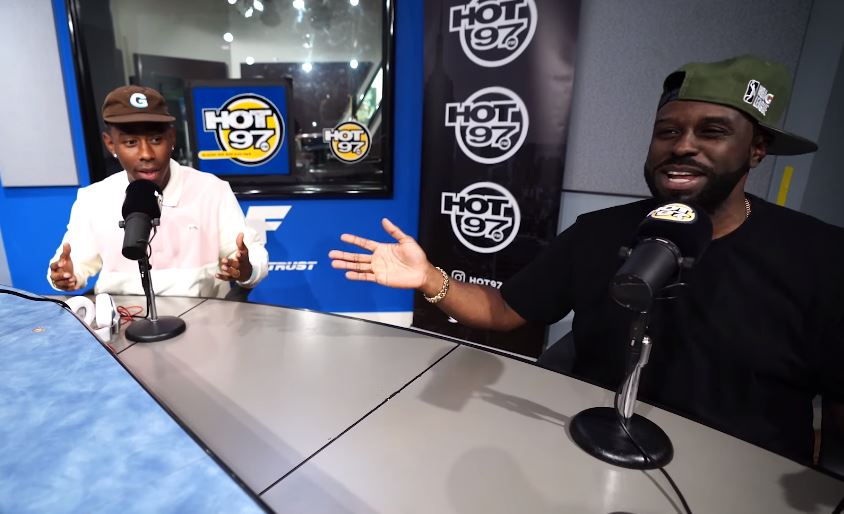 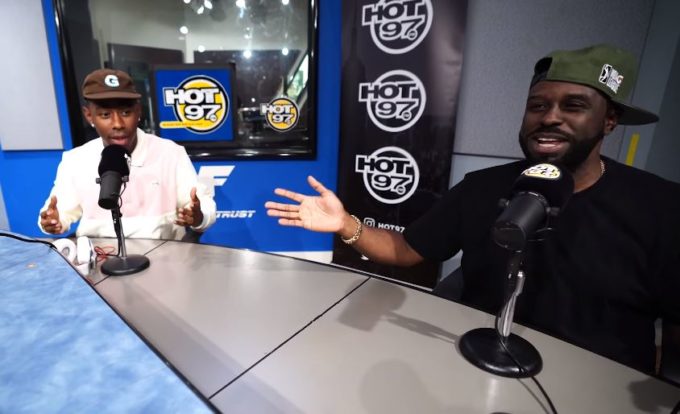 Tyler, The Creator is someone who doesn’t have Funk Flex in his fan list. Tyler has been in the music industry for a while but failed to hit the Hot 97 DJ’s radar.

But now, the rapper is one of the biggest forces in the genre so it’s only fair that Flex shows him respect. Tyler landed on his show in New York a couple of days ago and spoke for over an hour about his start, why his music is considered “weird,” some of his inspirations, criticizing Eminem’s recent stuff, their mutual love for cars, his commercial success, doing everything from clothes to beats himself, and much more.

If the interview wasn’t entertaining enough, Flex asked the IGOR rapper to perform an off the top freestyle. The rapper dropped plenty of gay references in his raps and even flirted with Flex in a fun way. Watch the interview and freestyle below.