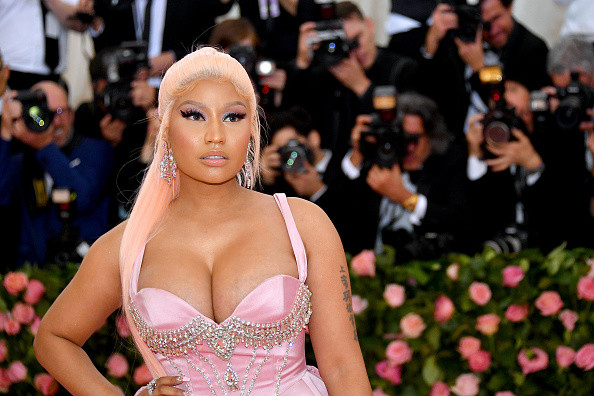 Nicki Minaj is working on a new album which is close to being done, we already know that.

Friday will see her teaming up with Megan Thee Stallion on the latter’s new single ‘Hot Girl Summer’ alongside Ty Dolla Sign. But the Young Money rapper has more music on the way. Nicki decided to go live on Instagram earlier today (Tuesday) where she chatted with fans and also previewed some new music.

One of the songs she teased is her upcoming remix of buzzing Brooklyn rapper Pop Smoke’s viral single ‘Welcome to The Party’. There’s another track that was played in the studio which features a male artist but it’s hard to say who exactly it is. Take a look below.

#BarbzAlwaysPetty NICKI DID THAT incase u missed the live pic.twitter.com/vy5vBcWXO7