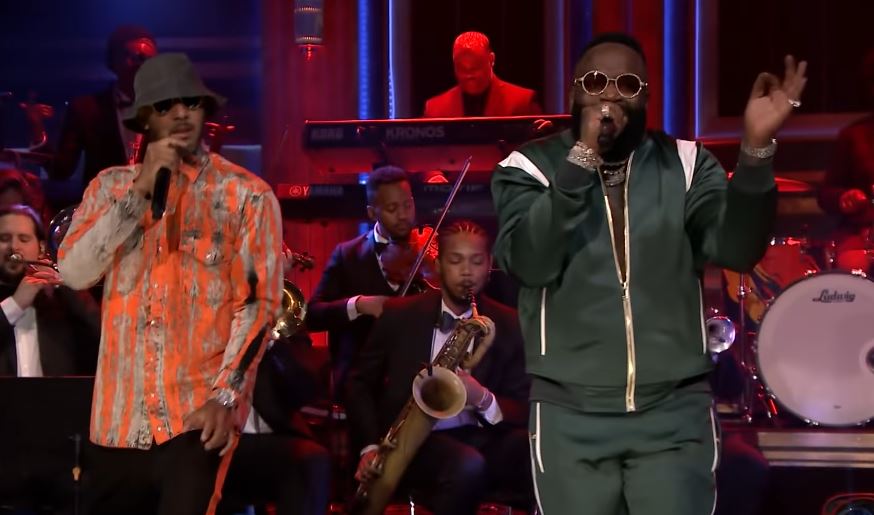 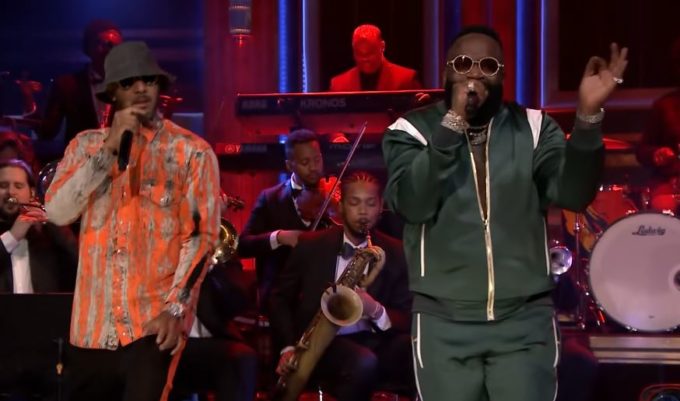 After sitting for a CRWN interview with Elliott Wilson earlier on Tuesday, Rick Ross made an appearance on The Tonight Show starring Jimmy Fallon in promotion of his new album Port of Miami 2.

Rozay performed his single ‘Big Tyme’ with some help from the song’s energetic guest Swizz Beatz. Accompanying them was the producer of the song, Just Blaze and the show’s house band The Roots. Watch their set below.