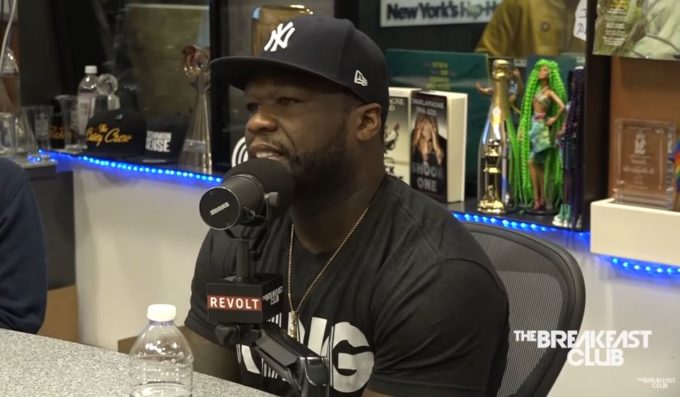 Following his interview on Ebro in The Morning show on Hot 97, 50 Cent made a visit to The Breakfast Club to chat with Charlamagne, DJ Envy and Angela Yee.

Just like the preceding one, this interview too, was about half an hour long and quite hilarious. 50 discussed in brief the approximately 9 TV shows he has in the works at Starz, BET and ABC, if he ever gets in trouble with his deals because of what he says on social media, why he changed the ‘Big Rich Town’ intro on his Power show back to the old one featuring Joe, the reason he made a new version with A Boogie Wit da Hoodie & Trey Songz in the first place, not being intro drinking and smoking, apologizing to Moneybagg Yo for his comments about Megan Thee Stallion, Jay-Z’s NFL deal and much more.

Around the 25 minute mark, 50 also acknowledged dating fitness trainer, model & aspiring lawyer Cuban Link, being bossed around by her and why he wouldn’t take Tekashi 6ix9ine’s call if he called from jail. Watch it below.